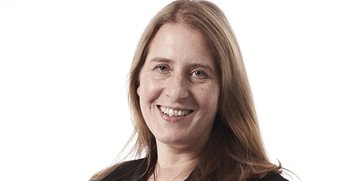 Europe, Denmark and the Danish Technological Institute all need young international talents who are passionately committed to scientific and technological research. With this in mind, the Danish Technological Institute (DTI) decided to act as sponsor for the European Union Contest for Young Scientists, held in Copenhagen from 19th to 26th September 2008. 200 students from more than 50 countries participated. DTI’s special award went to three Israeli contestants, who received the honour for their project on the computer-based diagnosis of bed and pressure sores.

Inbal Fleischer, Alon Ghelber and Roee Shachar are the three young Israeli scientists whose project entitled ‘Computerized System for the Diagnosis of Pressure Sores’ won the Technological Institute’s special award for the year’s most innovative project. Torben Lund Skovhus, laboratory manager at DTI and a member of the Committee for Young Scientists – Denmark, is impressed by the quality and high level of innovation represented by this year’s projects.

‘It is gratifying to see so many young scientists with such a wide range of talents and new ideas, who can help Europe hold its own in the face of global competition and meet many of the challenges facing the world today.’

The three Israeli winners have been invited to DTI in October to see for themselves how the institute works with new technologies, materials and product development in such specialist fields as robot, nano and solar cell technology. They will also have a chance to discuss their entry with the institute’s experts and gain input that can be used to improve their project. Two of the young Israelis are particularly interested in computer science and welcome the opportunity to visit the institute’s Centre for Robot Technology in Odense. They have also expressed a wish to visit the institute’s Centre for Ideas and Innovation to learn more about the patenting system and how to utilise knowledge via license agreements.

‘We’re really looking forward to meeting the young scientists from Israel. Through the award and visit, we hope we can help to kick-start their scientific careers,’ says Annemarie Søgaard, HR manager at DTI.

A all-round programme
The young Israeli scientists will have their travel costs and all expenses paid during their three-day visit. The Danish Technological Institute is putting together a varied programme, which will include visits to other hi-tech Danish companies.
For example, the young scientists are interested in visiting a company like Coloplast, which has a large wound and skin care department. Finally, the programme will also allow time for sightseeing in Copenhagen.