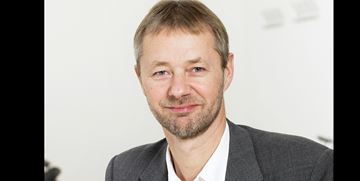 In this project, embedded temperature sensors for measurement and diagnostics of temperatures in working heat cells have been developed, which, through a catalytic process, transform hydrogen & oxygen to electrical current. It is the first time temperatures have been measured inside heats cells of this type.

This pioneering work will offer the procurement of new information concerning heat cells, thereby, enabling us to prolong life span of heat cells in the future, which would in turn offer an new form of competitive, energy effective, renewable energy systems that can sustain future energy needs and environmental requirements.

This development project is supported by the Research Association for Technology and Production. The sensors are produced on Tribologic thin-film platform. Test and verification of this concept was carried out on heat cells at the centre for sustainable energy and transport.

Activities
The development of temperature sensors is the first step in the project, next, starts the development of metal oxide (MOX) based gas sensors. The entire developed sensor will be tested in a formation where the heat cell is mounted and tested with the inserted sensor. In connection with the project a Ph.D. student will be educated and accepted into DTU.