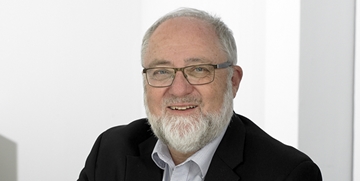 The EU is currently working on developing a common standard for consumer-friendly packaging. As a result, the Danish Technological Institute last year carried out a consumer test of different types of packaging as part of a Nordic standardisation project.

Almost 100 people took part in the consumer test at the Danish Technological Institute, including people suffering from rheumatism, and people with no handicaps. The first task was for the test volunteers to screw open a jam-jar with a metal lid, while the Institute’s technical equipment measured how much strength the people had in their fingers.

In addition they had to answer questions about any everyday difficulties they had with opening product packaging, and about any reduced eye, hand, etc. functionality they may have had.

After that they had to open the packaging from eight different types of everyday household goods, ranging from ring pull cans and packets of tablets to sweet bags and plastic wrapped boiled ham. Every single test event was recorded on camera, and over the course of the testing period, the test volunteers were asked questions from a questionnaire about how easy or difficult they found it to open the different kinds of packaging.

- Our job in the project is to gather practical knowledge about consumer testing of different types of packaging to ensure improved, easier to open packaging for everyday household products, says Søren Rahbek Østergaard from the centre for Packaging and Logistics at the Danish Technological Institute.

The results from the consumer test are to be used to produce technical documentation to back up Scandinavian views in the debate which will culminate in a few years in a common European standardisation of retail packaging.

Around 700,000 Danes have problems opening for example a packet of ham.
The problem is growing due to the increasing number of old people and people with rheumatism, who no longer have such fine motor skills and strength in their fingers and arms.