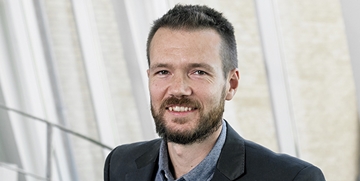 The world's leading manufacturer of Doppler radar has worked together with the Danish Technological Institute (DTI) in Odense and the Manufacturing Technology Center in the UK to implement a robot solution focussing on the soldering process.

Weibel Scientific develops and produces high-tech speed and position measurement equipment based on the doppler effect and latest radar technologies. The radar systems produced in Allerød are used for ballistic measurements and for tracking launches of e.g. the space shuttle and satellites.

The company has supplied more than 4,000 advanced radars for use in space research, aerospace, defence and missile defence in more than 40 countries.

- There is a great potential in the market, and we want to explore the possibilities of increasing our volume even more to prepare us for growth, says Morten Glad Steinmeier, Production Manager at Weibel Scientific in Allerød.

Weibel Scientific is one of the Danish companies that applied for and were awarded a so-called "voucher" through ROBOTT-NET, a network of leading European technology service providers in the field of robot technology led by DTI.

- We have put robots and automation on the agenda in order to produce items faster and more efficiently, to strengthen the quality of what we do and to save our employees from some of the more boring processes, says Morten Glad Steinmeier.

With their voucher, Weibel Scientific wanted to install a soldering robot in their circuit board production. The robot must be easy to program and collaborative.

- In redeeming this ROBOTT-NET voucher we advised Weibel about automated soldering solutions that already exist on the market, says Mikkel Rath Pedersen, a specialist at DTI's Robot Technology Center, adding:

- In addition to consultancy about soldering, we conducted some experiments here in Odense around placing components into the circuit boards, which is the next natural step to automate once you have automated your soldering process.

The voucher project results have given Weibel Scientific impetus to take the next step in their automation processes.

- It makes us more competitive and will give us more production volume, says Morten Glad Steinmeier.

- The voucher has given us excellent input regarding getting our workplace ready to automate the company's processes. The potential is even greater than initially assumed - not only within the areas covered by the voucher, but also for other processes in our production, he adds.

The project is part of the EU-funded ROBOTT-NET, where Weibel Scientific applied for and received a voucher for their robot idea. The voucher gave access to approx. 400 hours of free consultancy assistance from some of the best GTS institutes in Europe.

See Weibel Scientific's voucher at robott-net.eu, where you can also browse the many other exciting voucher projects.