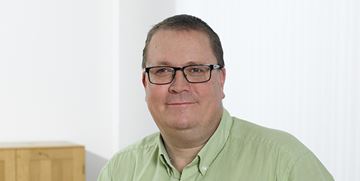 For a couple of years the Danish Technological Institute has been running the survey Danmarks Vækstlag™ in which 1,000 directors from innovative and knowledge-intensive small and medium-sized companies has been regularly interviewed about current affairs issues. The survey is quoted in the national media from Ingeniøren, an engineering trade magazine, and daily newspapers Berlingske Tidende and Jyllands-Posten to business newspaper Børsen.

In 2007 the survey Danmarks Vækstlag™ was quoted in the press in sectors such as energy, innovation and further education and training. One result – which was echoed in the Danish media in May – was that less than one out of three companies takes account of energy consumption when they develop new products: only if customers demand sustainability does energy consumption appear on the company’s agenda.

Over the summer of 2007 a story about innovation appeared in Børsen.
The background to the story was that the results of a survey showed that the companies in the business sector’s growth class were good at listening to customers when they were developing new ideas. But the results also showed that management listen more to themselves than to their employees. The Danish Technological Institute’s experts in innovation and development in small and medium-sized companies therefore concluded that employees represented an untapped potential which management should include in the company’s creative innovation processes.

- It would be very odd if the boss of a company with 50 employees was always the one thinking up the best ideas. 50 brains must be able to come up with at least as many good ideas. So management should remember to be open and listen to employees, project manager Casper Littrup from the Danish Technological Institute believes.

Adult and further education and lifelong learning is high on the political agenda because it is through education and knowledge that Denmark will be able to compete on a global scale. But figures from the survey Danmarks Vækstlag™ have indicated that two out of three knowledge-intensive small and medium-sized companies are not aware of the full range of public education and training courses available.
This story also came under the media spotlight.