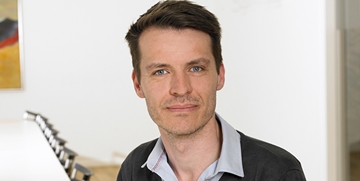 It is the declared goal of the Danish government that 95% of all young people must complete an upper secondary education. Upper secondary VET qualifications play an important role in achieving this goal. In this connection, it is also a central challenge to achieve a sufficient number of apprentice places, as the number tends to be linked to financial fluctuations and, in more recent years, to the broader restructuring of the labour market driven by globalisation and increased automation in many job functions.

Danish Technological Institute has conducted a study of the Danish apprentice system commissioned by the Danish Ministry of Education. The study built on the three key assumptions:

The project included an in-depth analysis of micro-data gathered by the Danish Confederation of Trade Unions. Based on this analysis a number of enterprises were interviewed in depth, and a survey was carried out among a large sample of enterprises. An analysis was also carried out in countries with apprentice systems or where VET qualifications entail a substantial on-the-job placement scheme.

One of the conclusions from the study was that apprentice- and work-based VET-systems are fundamentally challenged by the impact of global restructuring leading both to an increasing demand for skills above the upper secondary VET-qualification level as well as de-skilling in some sectors - particularly in some service sectors. The renewal of VET-programmes to meet the skill demands in new knowledge-based and technology-intensive globalised sectors is slow to materialise, maybe because there is not an in-depth understanding of the patterns of skills demand in more globalised enterprises and value chains.

The conclusions of the report have been fed into the tripartite dialogue on the renewal of the Danish VET system.