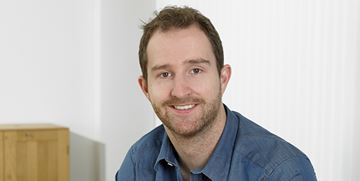 The current research in the area aims at developing biomaterials that can interact with the body and create a bridge between biocompatible materials/scaffolds and natural tissue. Stem cells play an important role in the regeneration of tissue. Currently biomaterials are being developed with functionalised surfaces for attracting the resident stem cells from the surrounding tissue to initiate the regeneration process. An alternative approach is to load the materials with stem cells under physiologically relevant conditions to allow for tissue specific cell differentiation e.g. skin, bone and cartilage. These new hybrid materials which fuse biology and materials technology will be applicable in both therapeutic applications (e.g. treatment of non-healing osteoporotic breaks/chronic infections) as well as actual tissue engineering products where the purpose is replacement of damaged tissue/organs.

The Danish Technological Institute (DTI) has been developing tissue regeneration materials since 1994 and has participated in a variety of national and international collaborative projects including:

Projects funded by the European Commission:

FATOM FAT in Osseous and Muscular tissues during ageing (2013)

National Innovation Consortium funded by The Danish Ministry of Science, Technology and Innovation: