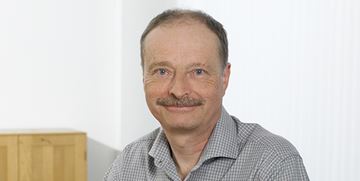 Purpose of project
The project will develop a new ice bank system, where ice formation is created by means of pulsating flexible tubes. The system will both improve the efficiency of the formation of ice, reduce costs and increase the flexibility of the ice storage formed in the ice bank.

Objectives
Instead of an often-used system generating an ice layer around pipes, the system developed in this project creates the ice formation on the outside og flexible hoses. The brine that flows in these hoses is subjected to a pulsating pressure, which results in an expansion of the hoses and the ice is released from the surface and rises up into the ice bank. The system will be developed for milk cooling.

The cooling efficiency will be increased due to an on average higher evaporating temperature and because a thick layer of ice is not formed on the hoses. The cost will be lower, as cheaper materials with less joints can be applied. The ice storage will be independent of the actual ice production, which enables a possible larger storage. Morover, the ice can be produced for a longer period of time, enabling the storage to be part of a smart grid.

It is expected that the performance of the heat pump will be improved by 5-10% due to the higher evaporation temperatures. Production costs are halved due to cheaper materials and less labor-intensive joints.

The project is divided into five phases:

Funding
Funded by Dansk Energi under the ELFORSK project.