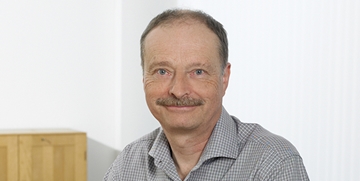 Purpose of project
The objective is to demonstrate an improvement in the energy efficiency of heat pumps with up to 50 % by using a novel technology where heat pumps are operated together with an optimal usage of storages which will reduce the average temperature level in the heat pump. The payback time for the investment is expected to be less than three years.

Project Objectives
The ISEC concept is based on known technologies used in a new and revolutionary yet simple way. Thus, the focus of the project is the adaption of components and management to achieve the best interaction between heat pump, heat storage and heat consumption. It will in fact be possible to construct certain essential components, for example the compressor, in a simpler way by means of the ISEC concept. By heating one tank at a time, the condensing temperature (or evaporating temperature) of the heat pump can be made to vary. This means that a condensing temperature which is only slightly higher than the medium temperature of the liquid during the heating process is obtained during the heating process. This is as such not possible during a traditional continuous heating of fluid, but the situation can be realized by using the ISEC concept. The ISEC concept consists of two (or more) tanks. One tank is heated (charged) while the other tank, which previously has been charged, is tapped for heat (discharged). When the second tank has been discharged, the first tank is fully charged with heat, and the system switches to discharge the first tank while the second tank is being charged. Seen from the heat source and the heat sinks perspective, the introduction of the ISEC concept does not change the conditions.

The project is divided into 9 phases:

Funding
This project was funded by the EUDP program Under the Danish Energy Agency.