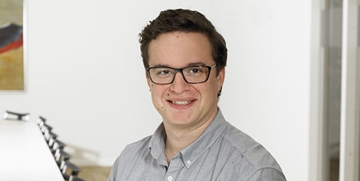 Danish Technological Institute develops a sensor solution which can be placed at 300 meters depth and monitor the chemical- and gas levels of shale gas drills. The solution is first and foremost a prototype which proves that this can be done. On the basis of the prototype, the UK company - HGL Dynamics develops equipment which can be put into production.

The risk of these drills is emissions into the groundwater of the chemicals pumped into the subsoil to extract the gas. Today, samples of groundwater are manually taken at longer intervals. Sensor technology is to be developed with the ability to be placed in special wells and constantly monitor emissions and thus increase environmental safety. Development of sensor technology is part of the Shale Safe project.

The requirement for the new technology is both robustness and size. The equipment must conduct measurements in the deepest groundwater mirror at 300 meters and withstand 30 Bar. In addition, the equipment must not take up more than 50 mm in diameter to fit into the smallest wells.

Danish Technological Institute’s task in the project is to develop a prototype that can be developed and produced in a commercial company. The institute has developed a probe in which there is a membrane keeping water out but letting gasses into the sensors. In total there are 3 sensors in the probe, one measuring methane, the other VOC and the third temperature, humidity and barometric pressure.

Testing sensors has been part of the challenges. The Electronics Laboratory at the Danish Technological Institute has worked with the electronics in the probe. They have developed a print upon which the sensors could be placed and tested.

- We have primarily focused upon ensuring that data from sensors could be logged. For this purpose, we have developed a print into which the sensors could be fitted and associated electronics. The electronics etc. meet the requirements for space and can cope with the environment that occurs over time in the probe, explains senior consultant Simon Møiniche Skov.

Another challenge in the task is the power supply to the sensors and electronics in the probe.

The sensors are supplied from a battery located on the surface. Thus, power is not unlimited.

- It has been important for us to keep the power consumption at as low a level as possible and to ensure the same supply voltage on the three sensors. This results in simple electronics and reduces loss in conversion to different voltages, says Simon Møiniche Skov.

Equipment which can be put into production

- It has been our idea to develop a simple setup, enabling the commercial company to easily move forward in the designing process of a prototype which can result in a finished product. We are excited to test their version. The plan is to adjust the product again and then make a field test at a shale gas site. Hopefully, we have equipment that HGL Dynamics can put into production when the project ends March 2019, concludes Simon Møiniche Skov.