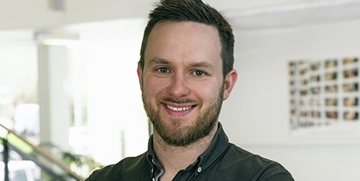 Recently, focus has been on whether air purifiers also can remove virus and, in that way, promote health & safety and a good indoor air quality.

It is possible to measure the effect of air purifiers on airborne virus and on virus that already exist on surfaces.

Danish Technological Institute has a 20 m3 test chamber at its disposal. During testing, the chamber is filled with an aerosol of ’virus’. Then, the level of the airborne ’virus’ is measured before and during use of the air purifier.

A surrogate (bacteriophage) called MS2 is used to test air purifiers. MS2 is approved as surrogate for disinfection of drinking water suppliers and their water distribution systems; it can also be used to test other disinfection methods. The advantage of MS2 is that it is very robust and can endure aerosolization.

If the sole objective is to disinfect the surfaces in a room with airborne disinfection, then the test must be carried out according to the standard method EN 17272.

Air purification for removal of bacteria or mould fungi

In addition to virus, it is also possible to measure if air purifiers have an effect on airborne bacteria and mould fungi. Such tests are carried out by filling the test chamber with an aerosol of bacteria or mould fungi. Then, the levels of airborne ’bacteria’ or ’mould fungi’ are measured before and during use of the air purifier.