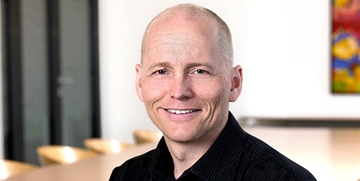 Entire males can develop boar taint odour and flavour due to the presence of two compounds: skatole and androstenone. Androstenone is fat-soluble, whereas skatole is primarily fat-soluble but partly also water-soluble. A sample of neck fat is normally analysed, since this is where the concentration of compounds is expected to be highest. However, the two compounds, and therefore also the odour and flavour, are present throughout the entire carcass.

The intensity of boar taint can be measured using a trained sensory panel. The meat is served anonymously to the panellists. The panellists then assess the intensity of the following odours and flavours: manure, urine, sweat, pungent, entire male pig. Together they add up to boar taint. Both skatole and androstenone are known to contribute to all five attributes, but skatole is especially important for the attributes manure and entire male pig while androstenone is especially important for urine, sweat and pungent. In general, skatole influences both odour and flavour while androstenone mainly influences the flavour.

DMRI has an accredited sensory panel with years of experience in assessing boar taint. We use a systematic approach to training using references for the attributes.

If only a small number of pigs are slaughtered, a “human nose method” can be used instead. Several approaches can be used, but in all of them a fat sample is heated, after which one or several assessors smell the sample and evaluate whether or not boar taint is present. The assessors must be trained and must be sensitive to skatole and androstenone. If the assessment is performed in accordance with a standardised, systematic procedure, the result can be used as a basis for sorting the carcasses. In Denmark, the method involves pouring boiling water over a fat sample, which is left to stand for a couple of minutes before being assessed by two assessors.