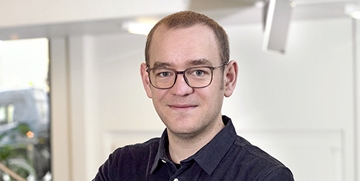 Purpose of project
Heat pump and refrigeration systems are expected to play a key role in future energy systems. Digitalizing these systems enables improved performances and sophisticated controls, which supports the integration into smart grids. However, this requires increased knowledge about the system during operation, which may be obtained by the use of digital twins. The project aims at making the use of digital twins for large-scale heat pump and refrigeration systems more accessible to potential users, to decrease the application barriers and to demonstrate the benefits at existing systems. This will contribute to exploit the full potential of such systems and facilitate the integration in smart grids.

Objectives
Digital twins are sets of numerical models, which are virtual representations of a physical system. These representations adapt continuously to the physical system, monitor its operation and may be used for detailed analyses. Possible services enabled by digital twin applications include fault detection and diagnosis, predictive maintenance, and flexible operation. The objective of developing digital twins for heat pump and refrigeration systems is approached by developing reusable, modular, and adaptive models as well as advanced methods for analyzing the systems with respect to specific services.

The purpose is to reduce the modelling effort associated with digital twins by developing reusable, modular and self-learning models as well as by developing advanced methods for analyzing the system, which are specifically developed for the intended services. This enables not only an efficient implementation process and thereby decreased investment cost of digital twins, but it also enables an enhanced exploitation of the system potentials.