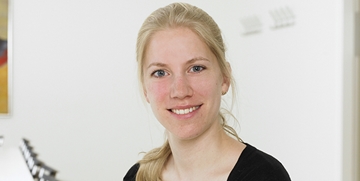 A new project aims to develop an early warning system that can warn against harmful fungal spores in greenhouses, and thus make early action possible resulting in a limited use of fungicides.

Danish Technological Institute is responsible for a project that aims to develop an early warning system that will activate the alarm in greenhouses when harmful fungal spores are in the air. Normally, fungal spore attacks are not discovered before the attack is serious and the plants are damaged. Fungal spores cannot be seen with the naked eye.

– Sensor specialists, material chemists, fungi experts, and molecular biologists are involved in this ambitious project. The project is challenging as different types of particles already exist in the air in a greenhouse. Therefore, it is difficult to identify grey mould which is the type of fungi we are pursuing in the project, says Dr. Thor-Bjørn Ottosen, specialist in Air and Sensor Technology, Environmental Technology, Danish Technological Institute.

Microscopic tentacles
The objective of the project is to develop a small detector box consisting of two parts: a particle counter that in real time measures the number and size of particles in the air in a greenhouse. When the particle counter registers particles the size of fungal spores, the particles are allowed to flow further into a so-called biosensor.

– The biosensor has peptides – a sort of tentacle – that will stick to grey mould and nothing else.  The peptides are placed on a scale (a cantilever) the size of a few grains of sand. When the scale is weighed down with grey mould, the fungi alarm in the greenhouse goes off, explains Ms. Majbritt Hauge Kyneb, molecular biologist and senior specialist at Danish Technological Institute. 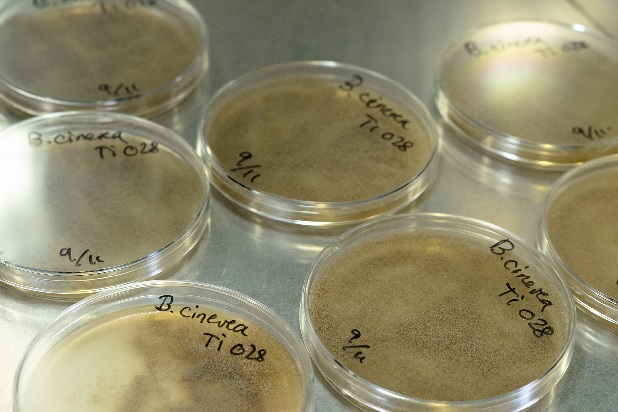 Grey mould cultivated in the laboratory at Danish Technological Institute. It will be used to test sensors that measure grey mould spores in the air.

The detector will be developed by Senmatic A/S who specialises in controller technology for the horticultural industry, and the cantilever technology will be supplied by sensor specialist AmiNIC ApS. The peptides will be developed by Danish Technological Institute, and Aarhus University will be responsible for reference measurements of the spore amounts in the greenhouses.

– We believe our customers, the gardeners, can avoid fungi attacks if they receive automatic and early warning of increased spore levels, says Mr. Mads Winther, product manager at Senmatic A/S.

Creating greener greenhouses
The objective of the project is not only to minimize the risk of decreased profits in greenhouses due to fungi attacks. The new technology will also limit the use of fungicides. That is something that pleases Mr. Merih G. Tesfamicael, project participant and quality and environmental manager at the greenhouse PKM A/S.

– We are looking forward to using less fungicides. That will ensure greener greenhouses and reduce the risk of fungal spores developing resistance to the fungicides that are used.

Could pave the way for additional warning systems
The development of a successful online early warning system based on particle counters and biosensors will be the first of its kind worldwide. Therefore, the project partners expect it could pave the way for additional detection systems aimed at airborne pests, e.g., other plant diseases, allergy-causing pollen, or animal diseases.

The project will be in force from 2021-2025 in a co-operation between Danish Technological Institute, Aarhus University (Department of Environmental Science), AmiNIC Aps (sensors), Senmatic A/S (controller technology), and the greenhouses PKM, Lundegaard, and Hjortebjerg. The project is supported by the Green Development and Demonstration Programme (GUDP) under The Ministry of Food, Agriculture and Fisheries of Denmark.