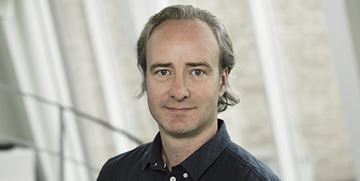 Industry's future competitiveness depends on being able to automate a much larger proportion of manufacturing processes than the 30 percent that is automated today. But the development of automation is often a costly affair, where very specialized equipment has to be integrated for production processes that we humans find quite simple.

A new, comprehensive development project will solve this problem, and the vision is clear: Robot integration should be modular and manufacturer independent.

- Enabling inter-operability, so that all manufacturer's robot modules work with all others, will create a true "plug-n-play" system with a vast number of reusable robotic modules available for complex robotic processes. It will become much easier to automate time consuming manual processes that are complicated to automate - such as gluing and screwing. Companies can obtain cheaper solutions - and a new market emerges for developers of generic robot modules, says team leader and project coordinator Anders Billesø Beck from the Danish Technological Institute's (DTI) Center for Robotics.

Do not reinvent the wheel (again!)
10 Danish and European companies and research institutions have joined forces in the EU project RAMPup in order to develop the technology needed for market success. And the project does not start from scratch. Several of the project partners already have a number of existing technologies to build upon. For example, Technicon ApS sells a modular robot cell, developed in collaboration with groups including DTI during the Danish research projects CARMEN and MADE. One of RAMPup's end-user representatives, Elos Medtech Pinol A/S, was nominated for the DIRA Automation Prize for their own modular concept - and they see great potential in the new project.

- We have developed our own system, and I know that other companies have done the same. So I think we can all save time and money if we develop a standard system which means that we do not need to reinvent something which in principle already exists, says Development Manager Henrik Andersen from Elos Medtech Pinol.

A good business for everyone in the value chain
The RAMPup project is coordinated by DTI, which has long considered modular robot technology to be an important way to get into robotics, especially for SMEs.

- Robot modules are a robust and proven solution to complex automation challenge at a price which is cheaper than a custom solution, says Anders Billesø Beck of DTI - and Casper Hansen, director of Technicon Aps, backs him up.

- It is a very good business for everyone in the value chain. Established systems integrators can provide a robot system with much less risk and thus protect their profits. Start-ups with ideas for new modules find a much shorter way to the market. And finally the end user obtains a cheaper solution that improves their business case, says Casper Hansen.

A robot module consists of both hardware and software for solving a process - for example, a glue-dispenser for bonding, plus the program to make the robot travel the path required to apply the glue, and the user interface that enables people to program this path for this particular workpiece. All in one comprehensive "app" so that modules for advanced robotic processes can be bought, unpacked, installed, programmed and put directly into operation. Pure plug-and-play.

The starting pistol for a new market
The creation of manufacturer-independent plug-n-play modular robotics is incredibly important for ensuring continuing technological breakthrough. In the RAMPup project, business development is handled by the wholesale business KJV A/S, which in 2012 built a complete infrastructure around selling components and accessories for the UR robot from Universal Robots. This business model had not previously been applied to industrial robots and is now echoed not only throughout Denmark but throughout the whole of Europe.

RAMPup is funded by the EU's Horizon 2020 Research and Innovation Programme.

In the video at the top of the article you can hear more about why RAMPup is necessary as well as get a glimpse of the modular robotics technologies that the project will develop.