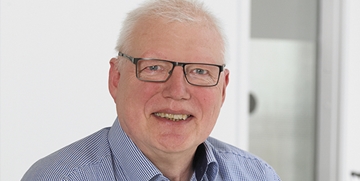 DTI contributed to the development of a unique, competitive design for a new type of compressor that uses ordinary water as refrigerant instead of synthetic, less environmentally friendly refrigerants. In future, the competitive new technology will be
used in refrigeration and air conditioning systems for office buildings, large shops, hospitals and other substantial buildings.

The Danish Energy Agency provided support to DTI, Japanese businesses and power companies as well as the Danish arm of the US company Johnson Controls Inc. for a joint project to develop an all-new type of axial compressor for water vapour. The compressor is capable of reducing the amounts of strong greenhouse gases currently emitted when synthetic refrigerants are used. Furthermore, the compressor will achieve significant energy savings for owners of buildings with refrigerating and air
conditioning systems. Finally, the flammability and toxicity of a refrigerant will no longer be a source of concern.

- This is a major initiative on our part as the new technology can be applied in other areas and industries, such as the process industry. For example, the technology may be used for drying processes and evaporation and in hightemperature heat pumps as well as to produce and store ice in connection with future energy storage, says Claus Schøn Poulsen, DTI Centre Manager.

Breakthrough with environment-friendly technology
Systems using the newly developed compressor are projected to save 10-30% energy, while greenhouse gas emissions can be reduced by 15-40% compared to HFCbased systems. The new technology should be fully developed within a few years, a day to which Technology Manager at Johnson Controls Inc. Alex C. Pachai looks forward.

- In a long-term international research and development project of this nature, having a technically competent partner like DTI is a must, as DTI has both a sound business understanding of the circumstances under which foreign businesses operate and also masters the discipline of managing a complex development project like this one. DTI’s contribution to the process means that, in a few years’ time, we will have a very useful product with an enormous export potential worldwide, says Alex C. Pachai.

FACTS
The market potential of large-scale refrigeration and air conditioning systems is EUR 1.3-2.0 billion a year on a global scale. Kobe Steel, Ltd. and the Japanese power companies have manufactured a prototype for a future commercial system to be
used in the Japanese market based on the development work performed by DTI. The long-term testing of the prototype will continue over the next couple of years, during which time the product will also have matured.

Johnson Controls Inc. plans to set up a demonstration system in Denmark in cooperation with Kobe Steel, Ltd., DTI and a major Danish customer. The system is to be used for long-term testing, product maturing and as a showcase.