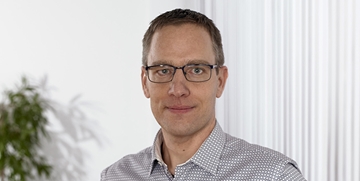 The transfer of fluids with high viscosities, such as molten polymers, requires special attention to the dimensioning of the required pumping pressure due to the high pressure needed.

Liquids with high viscosities often have different viscosities at different flow-rates, i.e. they are non-newtonean fluids, and furthermore the viscosity is often very temperature dependent.

This means that the viscosity for the fluid in the tube is different at different radial positions; In the centre of the tube, the fluid has the highest viscosity. And at the wall, the viscosity is lowest. The consequence is that the pressure loss in the tube cannot be calculated by using a simple Hagen-Poiseuille-equation, since this assumes that the pressure drop in a tube is proportional to a constant viscosity, i.e. DP a h.

DTI Plastics and Packaging Technology have successfully been able to predict the pressure loss of high viscous fluids at different temperatures and flow rates. This is done by mapping the viscosity of the fluids in a rheometer, an instrument that measures the viscosity at different flow rates, and then fitting the data to model. The fitted data from the model can be used to predict the pressure loss in tubes of different diameters and flows.