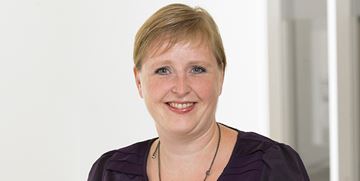 The project has been completed.

The energy consumed for the processing and freezing of food is increasing due to the increased demand for frozen high-quality food. Unfortunately, the development of new processes and components for industrial refrigeration systems has come to a standstill the past 20 years.

It has outstanding thermal properties compared to other refrigerants.
During evaporation, the heat transfer coefficient is e.g. substantially higher than that of other refrigerants resulting in smaller heat exchangers and lower energy consumption. This project takes a starting point in the above-mentioned problem so it becomes possible to mount the newly developed applications from this project on existing refrigeration systems and in that way reduce the energy consumption. The applications will also be developed for new systems that are set up.

The project will investigate two systems that remove the pressure loss in the wet return from the evapo­rator to the pump separator so the suction pressure of the compressor is increased corresponding to the pressure in the evaporator.
According to the calculations, that will improve the system COP by up to 20 %.

Project Objectives
The objective of this project is to reduce the energy consumption in industrial refrigeration / freezing systems that use the natural refrigerant ammonia as refrigerant, by removing the pressure loss in the wet return from flooded evaporators. The objective is to reduce the energy consumption by 10% compared to existing systems resulting in energy savings of 30 GWh/year.

In addition, such system optimization could result in a reduced total charge of the ammonia system as the wet return lines and the common pump separator are eliminated.

Activities
Calculation, dimensioning and construction of a test unit according to which testing of different optimization solutions can be carried out.