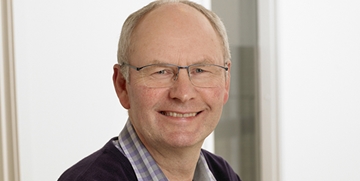 Development of methods for increasing the flexibility in individual heat pumps' power consumption.

The project is aimed at fully developing, testing and spreadind the knowledge of the new possibilities for great energy conservations by using a new control, regulation and monitoring of refrigerating plants with natural refrigerants. The focus is on supplying evaporators with liquid and securing against liquid shocks in compressors, which is based on the application of a newly developed sensor principle; HB-WDX Control System.

The void-fraction-sensor is developed with the purpose of registrering and calculating two-phased-flow in specific positions in the pibe systems of the cooling installations. Two-phased-flow means simultaneous flow of refrigerant in both the liquid and gas phase in arbitrarily variable size.The void-fraction-sensor is based on the measuring principle, where a change in the flow's degree of dryness (the relationship between gas and liquid phase) provides a change in the measurement of capacitance measured in [pF].

Especially two positions in the pibing system of the cooling installations are important to know and/or register the amount of the gas and liguid flow of the refrigerant. The first position is an evaporator's outflow/decline, where registration and measurements of pressure, temperature and flow can be used for managing the supply of refrigerant for the evaporator's entry/accession with the purpose of achieving optimum refrigerant effect. The second position is the entry/accession of a compressor, which must not contain liquid, because it can result in liquid shocks. This is due to the fact that a cooling compressor fundamentally is constructed for compressing only refrigerant in the gas phase.

Cooling circuits are designed very differently, depending on, for example, the applied type of refrigerant. There is normally a distinction between dry (also called DX for Direct Expansion in smaller refrigerating plants) and flooded (also called wet in bigger refrigerating plants) evaporators for cooling of air and liquid. In both instances (dry and wet system designs), the application of the sensor can contribute with reducing the overheating and raise the pressure of the evaporator, by which the system's energy consumption is considerable reduced. Besides the mentioned potential for energy conservation through reduction of overheating and raising of the refrigerating plant's evaporator pressure (due to low drop of pressure), there are, among others, the following spin-offs:

The design of the sensor is primarilly developed for the use of ammonia, which is among the most energy effective and environmentally friendly refrigerants in the world. This is due to the fact that HB Products has more than 20 years of experience with developing electronic sensors for exactly this industry. However, the sensor technology can in principle be used for any type of refrigerant, also CO2.

In the project, the following elements are used:

If you want to know more