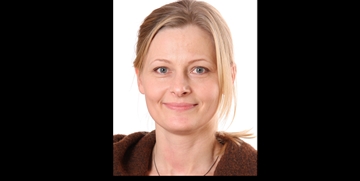 In the EUROSTARS project MimoVac-E, an entirely new type of vaccine is being developed for an effective and gentle treatment of head and neck cancer.

Antibody-based medicine has shown to be effective in treatment of several cancer forms. However, due to a very complex and time-consuming production, the antibodies are very expensive to produce, and even very grave immune-related side-effects may occur.

The newly developed vaccine shall stimulate the cancer patient’s immune defense to produce natural antibodies that will attack precisely that part of cancer cell’s surface which is also attacked by the antibody-based medicine.

Based on an FDA-approved antibody-based drug aimed at targeting the protein EpCAM on the surface of the cancer cell, Danish Technological Institute in close collaboration with DNASense ApS will screen several large peptide libraries to identify peptides which resemble those cancer cell structures that are attacked by antibody-based drugs.

Peptides, the so-called mimotopes, will then be integrated into the surface of empty virus particles (adeno-associated virus-like particles, AAVLPs) by the vaccine company 2A Pharma who are responsible for further development of the vaccine for clinical use. The virus particles which have a strong immune defense stimulating effect consist only of the virus’ outer protein capsule and are thus entirely harmless and do not pose any danger of infection.

The global market for immune-oncologic products undergoes strong growth and, according to many leading analysts, is expected to increase from approx. 100 billion Danish kroner in annual sales to more than double within the next 5 years.

The developed vaccine is initially aimed at treating head and neck cancer, but it has also the potential of treating other cancer types, e.g. colorectal cancer, ovarian cancer and hepatocellular carcinoma.

This project is financed by Innovation Fund Denmark and Vinnova.