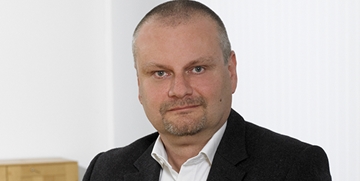 The heat pump market has seen explosive growth both nationally and internationally. At the same time the requirements for documentation of the plants are increasing. For more than 25 years the Danish Technological Institute has been the only accredited testing laboratory for heat pumps and air-conditioning systems in the country.

After a thorough renovation a year ago, the Institute today has some of the world’s most modern testing facilities, and in 2007 the climate chambers were used to absolute capacity. The Institute has carried out tests on 19 products in the laboratories in accordance with the European standards EN14511 and TS14825, for authorities, suppliers, producers and other interested parties in the market.

- We chose to carry out a major renovation to update the climate chambers so that they matched the new requirements in the European energy marking of climate chambers, says Claus Schøn Poulsen, who is centre manager for the centre for Refrigeration and Heat Pump Technology. He adds that this initiative has also proved attractive for customers on the European market.

Through making the processes in the laboratory more efficient the Institute has improved its position in relation to large foreign testing institutes like for example the Technical Research Institute of Sweden, TNO and Wärmepumpen-Testzentrum WPZ. This has among other things led to a number of the larger Swedish producers choosing the Danish Technological Institute as their preferred supplier.