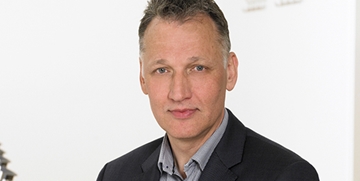 In the near future, Danish energy research in sustainable biofuel production will mean that lorries, commercial vehicles, private cars and motorcycles emit smaller amounts of CO2. 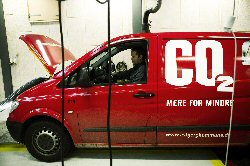 Denmark’s consumption of oil for transport has risen steeply since 1972. In 1972, the transport sector’s share of total Danish oil consumption reached 23%, while it increased to 70% in 2007. Much of the greenhouse gas emission comes from lorries, commercial vehicles, private cars and motorcycles. To reduce this emission alone, we need to find ‘green’ alternatives to conventional fuels produced from fossil crude oil. In 2007, the European Commission set the goal of having biofuels account for at least 5.75% of the transport sector’s energy consumption in 2010.

The 2007 Finance Act earmarked EUR 8.1 million over a three year period for demonstrating the application of biodiesel in Denmark. The Road Safety and Transport Agency administers this pool, which is funnelled into four projects.

The Danish Technological Institute pools the competencies to produce, store and use biofuels, maps the chemical and physical properties of the biodiesel produced and tests the vehicles used.

The Danish Technological Institute has started renovating its facilities for measuring and testing vehicles. The measurements can reveal any impact on engine output, consumption or pollution level. The facilities are vital for the research in and development of a sustainable production of alternative transport fuels like biodiesel.