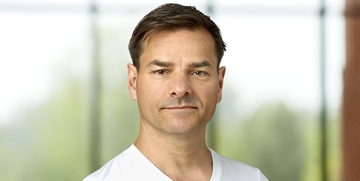 Fuel cells replace batteries in the next generation of hearing aids. The new technology enables 30 second recharge, and water and carbon dioxide are the only waste products.

Changing the battery is identified as one of the major discomforts when using hearing aids. Worldwide there are around 50 million users of hearing aids who use more than two billion zinc-air batteries annually. On average the user has to change the battery once a week.

When you consider that 58% of the users are more than 70 years old and that manual dexterity decays with age, the user challenge becomes clear. At Danish Technological Institute we have developed a highly user-friendly methanol-based micro fuel cell that is integrated and permanently installed within the hearing aid.

User-friendly and better for the environment
The user simply places the hearing aid in a docking station. Within 30 seconds the docking station refills approximately 200 microliters of methanol into the hearing aid's internal fuel cell and the unit is ready for use again. Each refill keeps the hearing aid running for a minimum of 24 hours. The technology is considered green, as the waste products are merely small amounts of carbon dioxide and water.

How does it work?
The applied fuel cell called Direct Methanol Fuel Cell (DMFC) is an ideal technology for replacing the current zinc-air batteries. DMFC’s operate at room temperature and the energy density of methanol is, in theory, a factor of three larger than that of a zinc-air battery.

The DMFC consists of a central proton conductive membrane, called a polymer electrolyte membrane (PEM), surrounded by an anode (fuel side) and a cathode (air side).

The fuel – methanol – is oxidized catalytically at the anode. This extracts electrons to power the hearing aid while protons are led through the membrane to the cathode. Here they combine with oxygen and electrons forming water. By using oxygen contained in the air at the cathode, the cell can be created to consist mostly of fuel and thus a high energy density of the cell can be achieved.

Work in progress
In order to downscale the known DMFC technology for hearing aids, several sub-components have been analyzed and further developed.

The electro-catalytic efficiency has to increase without increasing the amount of the very expensive noble metal platinum which the current catalyst particles mainly consist of. These requirements have resulted in a research effort within new techniques and methods for synthesizing and depositing the catalyst particles. In addition, the proton conductive membrane is being optimized in a parallel research effort.

Also the encapsulation of the fuel cell is being developed in order to ensure that as much volume as possible is allocated for methanol without compromising the electrical, mechanical and micro-fluidic properties.