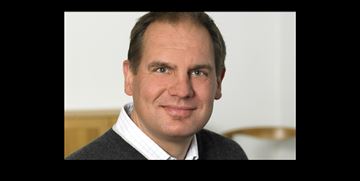 A modeling tool for quantification of chloride binding and for prediction of pore solution chemistry in concrete has been developed at the Danish Technological Institute (DTI), which allows a ranking of different cement-based binders in terms of the ability to ensure a low [Cl-]/[OH-] ratio in the pore solution, a parameter generally known to be very important for the initiation of reinforcement corrosion in concrete.

The prediction tool is based on an existing model, which was originally developed in a PhD project at the Technical University of Denmark [1]. However, the work carried out at DTI has resulted in a significant expansion of the model, which can now be applied to a much wider range of binder compositions, e.g. binders with a high content of fly ash and/or microsilica.

The developed modeling tool has been validated by a series of laboratory experiments, which demonstrated the capability of the model to quantify the binding of chloride in concrete. Furthermore, the inherent ability of the tool to predict the phase assemblage in hydrated cementitious systems has been confirmed by comparison with data from microscopic investigations of concrete samples collected from a series of old Danish coast bridges (i.e. samples collected from concrete structures after long-term exposure to seawater).

It is well-known that when chloride ions ingress into concrete (Fig. 1) part of the penetrating ions becomes fixed to the cement paste hydrates. This phenomenon is commonly referred to as chloride binding and is important in connection with chloride-induced reinforcement corrosion, since the binding of chlorides reduces the amount of free chlorides available in the pore solution for initiation of reinforcement corrosion. 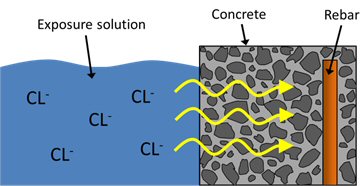 Fig. 1: Schematic illustration of the ingress of chloride ions from an exposure solution (e.g. seawater) into a reinforced concrete structure.