With its long legs and dog-like movements, the first four-legged professional service robot Spot has arrived in Denmark. DTI is now in the process of exploring how best to utilize the off-road robots from Boston Dynamics in Denmark.

- Unlike mobile robots on wheels, Spot with its four legs can move around in places where other robots cannot get. Spot can, for example, move around on very uneven terrain, walk on stairs and go into small spaces, says Director at DTI Kurt Nielsen.

- There are many risks in our industry. After all, we send our employees into places that other people usually run out or away from. So, it is well worth asking if we can get robots to do the risky work instead of us, says Casper Christensen, who is Chief Operating Officer at Trekant Brand. 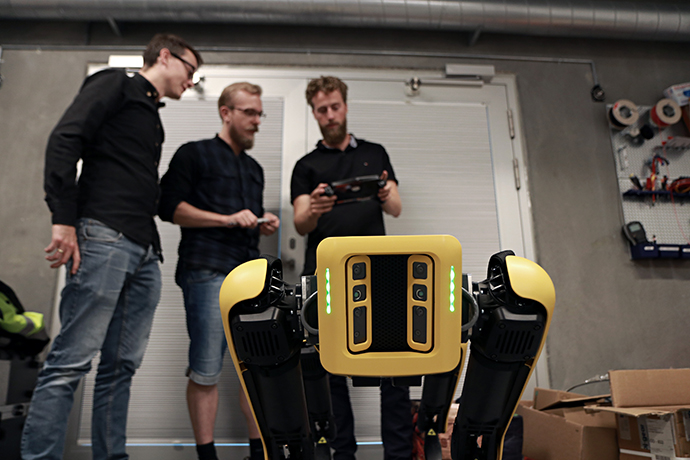