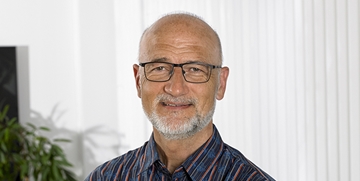 If you are interested in the field of solar energy and how solar cells work, we have collected some useful information here.
Read more about solar heating here

What are solar cells?

A solar cell is a semiconductor (diode), which transforms radiation of light directly to electricity by using the photoelectric effect. Solar cells produce electricity without any moving parts, and it is therefore a robust and reliable technology. Solar cells have long been used in space travel and later for specific applications on earth, where the high price was subordinate.

However, manufacturing costs of solar cells have fallen drastically, while effeciency has increased. Solar cells are therefore relevant in many, both in larger and minor, connections for power supply today. Solar cell systems are characterized by their modular construction, which means that they consist of a number og solar cell moduls (or panels), which are connected to give the system the desired current strength and tension.

Picture: A solar cell system (PV system) which consists of modules composed of single cells. The moduls are combined in series and in parallel with the whole system.

Below, you will find an illustration, which shows how an crystallic solar cell is built.

Below, you will find an illustration, which shows how a thin-film solar cell (for example used in calculators, here with three cells in one serie) is built.

The grid-connected system is the most widespread application of solar cells. The system works by the solar cell power production passing by an inverter, which makes it possible to use the energy directly in the household. The eventual surplus of power can be delivered to the network.

Systems for separation of power source from the electrical grid

This type of system is normally used for smaller systems, such as for allotment gardens, camping and sommerhouses, where the energy is delivered to a battery. The battery is able to supply smaller commodities with direct current (DC). In areas without electricity grids, big central systems for a whole village can be made according to the same principle.

Be aware of the fact that a solar cell system's output can be very sensitive to shadows, which, therefore, should be avoided if possible.