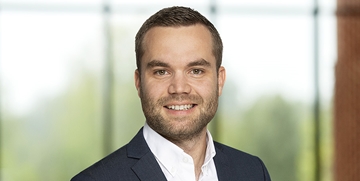 Many companies still lack knowledge and competencies to exploit the potential of introducing collaborative robots, cobots, into their own production. A New project can help companies on their way.

For many Danish companies, which compete on flexibility and small production series, automation using collaborative robots - the so-called cobots - will be a vital way to maintain competitiveness and compensate for labor shortages.

However, certain cobots are often described as intuitive, easily accessible and flexible, so they need more to exploit their full potential in companies.

A new project must help to develop these competencies in the companies, so that they can more easily get the most out of the robots and their opportunities.

- Employees in the manufacturing companies need to be further equipped so that they become better at utilizing the key technologies of the future. Today, we do not need a special IT consultant to install Word on our computers, and we do when we talk about cobots. The individual employee must be able to effortlessly install, program and innovate with cobots and that kind of competencies must be more widespread in the industry, says Charlotte Kjeldsen Krarup, Development Director at the Danish Industry Foundation.

Therefore, the Danish Industry Foundation and the Danish Technological Institute have joined forces with the consulting company Implement Consulting Group and the National Knowledge Center for Automation and Robot Technology North and South on the project Cobot Knowledge Lab 2.0.

The project builds on a multi-year effort, led by the Danish Industry Foundation, with a focus on expanding and utilizing Denmark's leadership position within cobots.

- The need for technology is there, and the time is right to take the step further and equip companies to overcome the barriers. Among other things, we will do this through concrete pilot processes with 25 companies and the establishment of a knowledge bank, so that Danish companies will be able to integrate the simpler cobot solutions themselves and thus accelerate the spread, says Anne-Lise Høg Lejre, Executive Vice President at the Danish Technological Institute.

A study from the Danish Technological Institute shows that companies themselves lack skills and knowledge when they have to decide how to implement collaborative robots in their own production. At the same time, it is estimated that in 2030 there will be a shortage of 99,000 skilled workers in the Danish labor market, and that half of all employees in the industry will work directly with cobots.

From end user to super user

The growth in the number of cobots is largely driven by the company's own ability to introduce them into their own production. This means that more Danish companies must transform their organization from having a supplier who is responsible for the robot running, to in some cases having responsibility themselves.

- Most people can go out and buy a cobot and set it up in production. But it requires skills and knowledge to be able to see and take advantage of the opportunities that it has. We want to support this so that we can transform more end users of robots into super users of robots - and thus accelerate the future development of Danish industry, says Kurt Nielsen, Director at the Danish Technological Institute.

The project's focus on raising the industry and its employees' cobot competencies falls into good soil at Dansk Metal.

- Danish companies - especially the small and medium-sized ones - need more robots to be able to maintain and improve conditions in the Danish workplaces at a time when there is such a shortage of labor in the industry. So equipping the industrial companies with knowledge, resources and guidance on cobots, we see as a crucial step in the right direction, says Emil Drevsfeldt Nielsen, Industry Policy Director at Dansk Metal.

The project must not only add competencies to the current workforce, but also ensure that the employees of the future are ready for close fellowship with the robots. This will be done through train-the-trainer courses, which will create teaching lighthouses within the use of cobots.

If you would like to participate in the project, you can contact section leader Mads Mathiesen from the Danish Technological Institute on 72 20 11 83 or mmat@teknologisk.dk.

The project builds on a previous effort with a focus on expanding and utilizing Denmark's leadership position within cobots.