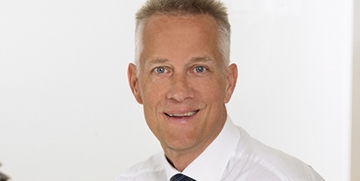 - We wanted to get in contact with businesses and experts that could help us develop our products, explains Jakob Seedorff, Technical Director at Littelfuse SELCO A/S, continuing: In no time at all and very professionally, DTI was able to introduce us to experts possessing just the knowledge we needed.

DTI put the company in touch with a Danish company that specialised in arresting lightning for wind turbines. This gave Littelfuse SELCO A/S crucial new knowledge about the properties of arcs. DTI subsequently mapped out the technical standards and referred the company to partners who could develop prototypes for sensors and fibre optical cables.

New product leads to international breakthrough
In 2010, the company launched its new SELCO D1000 Arc Protection Relay. Next, the company initiated a close working relationship with US market leader Littelfuse, which has now launched a brand label version of the relay under the name Littelfuse PGR-8800 for marketing across the world.

- We’re proud of our new product. As sub-supplier on the project, DTI deserves a great deal of the honour for this success, says Jakob Seedorff and adds: Partly due to the cooperation, we were sold to Littelfuse in the summer of 2011, the result being that both development and production activities remain in Denmark, while sales have now become even more global.