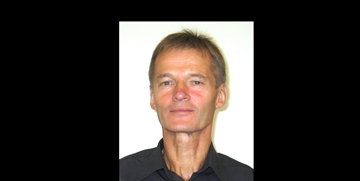 Europe’s biggest plant for biomass torrefaction will be erected south of Kolding. The new plant will enhance Denmark’s position when it comes to developing and using sustainable energy in the form of biomass-based fuel pellets.

A great deal of attention will be focused on Andritz Feed & Biofuel A/S (AFB), the world’s leading supplier of machinery and equipment for wood-based pelleting factories, as it builds the 700-square-metre structure. No similar plant exists for torrefaction – a type of heat treatment that increases the energy content and durability of biofuel pellets. Once the demonstration plant in Sdr. Stenderup has stood the test, ABF will establish similar plants all over the world.

The technology allows combined heat and power plants (CHP) to raise the share of biomass such as straw, willow and other residual products from processed agricultural products without converting the existing power stations.
One advantage of torrefacted pellets is that they can be handled and fired like coal while containing more energy than conventional wood pellets. The new type of fuel pellets enables power stations to reduce carbon emissions by switching from fossil fuels to carbon-neutral energy.

Great expectations for the plant
Once the plant is completed in the summer of 2012, DTI and AFB will conduct a series of experiments. DTI will be helping to manage the process and handle the biomass and subsequently analyse and document results.

- We’re equipped to head these activities because we already manage and participate in a range of national and international research and development projects in the field. Ultimately, we expect to generate growth and boost the Danish economy at the same time as maintaining Denmark as a leading developer of green technology and producer of sustainable energy, says David Tveit, Director of Energy and Climate, DTI.

- We expect a lot from our cooperation with DTI, with which we have long-standing and productive cooperation. The results we’ve achieved will unquestionably open up new vistas for the energy industry in and outside Europe as we expect everyone in the chain – from biomass producers to power stations – to be able to lower costs. In the long run, the plant may increasingly allow CHP plants to switch from fossil fuels to a sustainable alternative, says Kim Pandrup Christensen, Executive Vice President at AFB.

FACTS
Worldwide, the consumption of wood pellets amounts to about 13 million tonnes. This figure is set to rise to about 30 million tonnes by 2015 and even higher as we approach 2020 as CHP plants switch from coal firing to biomass firing, for which wood pellets are suitable.

For several years, DTI has been researching the use of biomass for large-scale energy production. In addition to processing and converting biomass into high-value fuels, DTI is also using the test plant in Sdr. Stenderup to develop fodder for national and international fodder production and processing customers.