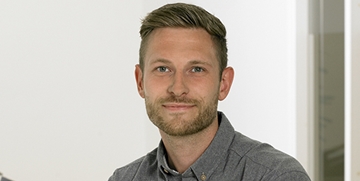 Norwegian importer of wood stoves and inset appliances, Norvai has had 10 insets tested during one month at Danish Technological Institute. Thereby, Norvai could quickly move forward to a growing Norwegian market for insets.

The Norwegian importer of wood stoves and inset appliances, Norvai, had a number of insets, which they would like to market in Norway.

In addition to the mandatory CE markings for Europe, the Norwegian market requires testing and documentation of, among other things, particulate emissions. The insets from the Czech producer, Hoxter lacked these tests. Thus, Norvai was looking for a test institute that could handle 10 tests from a series of Hoxter insets.

Danish Technological Institute has performed Norwegian testing and test against Norwegian firewall. The director of Norvai, Tony Eide has been present during part of the testing. He dressed in workwear and built the enclosures around the inset appliances himself, which also contributed to keeping the price down.

The 10 insets were tested over a month. In that way Norvai could quickly move on to a growing market for fireplaces. Tony Eide was pleased of this opportunity.