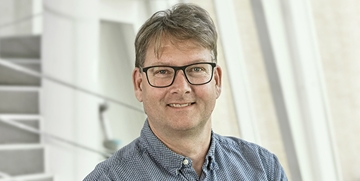 The company Eilersen, which supplies measuring equipment to, among others, the COVID 19 vaccine manufacturers, is busy. Therefore, they want to automate a bottleneck in production, but how do you crack the automation code? A MADE Demonstration project together with the Danish Technological Institute (DTI) was the starting point.

When the pharma manufacturers Pfizer, BioNTech and Moderna produce their COVID vaccines, it is with Danish weighing technology in a central leading role. The technology has been developed by the Danish company Eilersen Electric A/S, which has now become so busy that it wants to automate a bottleneck process in the production.

The company therefore became part of a MADE Demonstration project to test a robot concept together with the Danish Technological Institute (DTI).

- We knew very well that it would be an advantage to automate this process, but we have been a little in doubt about how it should be possible and whether it could be done, says Frederik Juul Eilersen, who is CEO at Eilersen.

For those who do not exactly have digital load cells and capacitive measurement as part of the vocabulary, it can be said in short that Eilersen produces weighing systems that can measure a force or a weight very accurately and reliably. It can be anything from ingredients in a vaccine to packages on a tape.

Eilersen's customers are from more than 90 different countries and they work with with anything from logistics to offshore, food and pharma - and the company differs from most of its competitors by providing digital load cells with a patented, capacitive technology.

A specific type of Eilersen's load cells must undergo a corner calibration before the load cell can be sent out of the factory. The process today is very manual and takes place by an employee tensioning a plate on the load cell and then moving a weight around the plate to see how the load cell measures.

Then the load cell must be ground until you get the same measurements around the entire plate.

- It is a monotonous work process where you have to move the weight around with your arm, which is hard for the shoulder. In addition, it is a bottleneck that increases our delivery time, says Frederik Juul Eilersen, who with an automated solution sees the possibility of an improved working environment, increased productivity, and increased production capacity.

Robot testing was the starting signal

In a MADE Demonstration project, DTI investigated how the manual process can be automated with a robot arm - and the results were positive.

- DTI's experiments have shown that this could well be done. We have therefore purchased a robot for it, and we are now starting to install it together with an external automation company, says Frederik Juul Eilersen and concludes:

- The best thing about this is that we got some 'know-how' to get started testing it. Otherwise, we would not have gotten started with it, I think. It has been the starting point to tackle the problem and find a solution.

As a small company with 30 employees, it can be a big step to embark on an automation project, but according to Frederik Juul Eilersen, it is important to get started.

Move forward or get started with collaborative robots

Do you need help moving forward or getting started with cobots? DTI offers independent advice and concrete concept testing with various collaborative robot technologies - before you invest too much money and too much time.