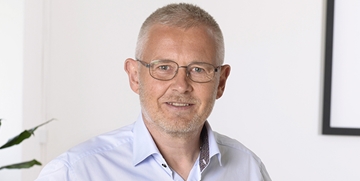 There are close to 2600 pleasure motorboats in the Danish river Gudenaa and connecting lakes. The majority of the boats are located in a 19 km river section from Ry to Silkeborg, which is a closed system that only very small boats can sail away from; other boats must leave by road.

There is no central registration of boats in Denmark and therefore no credible numbers have been found for motorboats. It is assumed by the project that the high concentration of boats in the Silkeborg – Ry area may represent less than 10% of all the Danish leisure motorboats and as such allow for a very rough extrapolation to a national scale.

The project has in this limited geographic area assessed the energy potential with respect to leisure and tour boats, which could be electric without performance degradation, and the energy that would shift from fossil fuels to renewable electric energy. The national energy target on becoming independent of fossil fuels sets the expectation that most leisure boats will be powered by electricity in 2050.

Assuming that the transition from Internal Combustion Engines (ICE) to batteries and electric motors had not yet started, the project idea was to analyse if and how the future electric boats can support the SmartGrid control necessary to achieve 100 % independence from fossil fuels in the Danish electric power supply network. The project had focus on three areas – to assess the potential for shift to smart managed renewable electric power for leisure boats.

The project hypothesis no. 1

Few boats are now propelled electrically but many of the boats have the potential to become powered by renewable electric energy in the future.

Many of the future battery powered boats will likely have Photovoltaic panels (PV-panels) to charge the battery and extend the range. If the in-use-frequency of most leisure boats is very low, the PV-panels will be idling already few hours after last tour. Assuming that PV panels can in most applications produce much more energy than the battery can hold if not in use.

Using surplus solar energy from PV-panels on battery boats to help charge other battery boats and contribute to the marina and the electric grid would support the national energy strategies very well.

Half the leisure boats analysed never leaves the lakes meaning that they are suitable for being propelled electrically and powered by batteries. The project was and still is early relative to a transition towards electric powered boats. The motorboat owners seem to be fairly conservative and a transition to electric power is not exactly welcomed by the marina representatives. The boat owners fear that politicians may be tempted to force specific solutions without respect for the large investments done in the current leisure boat fleet.

The final report from the project can be found here

Project name was ’Marina Power Distribution Hub with Smart-Grid Functionality’, and the project was led by Lars Overgaard from Danish Technological Institute in Aarhus.