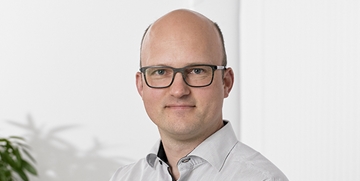 In the future, protein feed for the agricultural sector (which is based on imported soya today) may well derive from Danish cultivated microalgae. The algae biomass is cultivated on CO2 and nutrients from the side streams of the biogas industry. The Innovation Fund Denmark supported project, ReMAPP, is expected to show how protein from algae can be produced using a land area of up to ten times less than that of conventional feed crops.

Adapted to the Danish Climate

- Microalgae have been the focus of research for a long time, as they can achieve extremely high growth rates and can be cultivated on areas of land that are not suitable for agriculture. The algae culture will be a polyculture adapted to the Danish climate, which will ensure a robust production and extended cultivation season, says product manager, Jesper M. Aaslyng of Danish Technological Institute.

- We are already experiencing customer and consumer segments in Europe showing interest in meat and dairy products that are not based on imported feed proteins. Thanks to this project, we will be able to give customers the possibility to choose a completely locally produced alternative, without compromising the quality of the protein. The potential of the ReMAPP project will also strengthen the global positioning of the Danish Agricultural sector, says Jonatan A. Dickow, R&D Biotechnology Manager at HAMLET PROTEIN A/S.

The first trial fields with algae cultivated in pipe-formed bags are being carried out at Danish Technological Institute in Taastrup on Zealand, Denmark. Thereafter an 200m2 system will be established at the organic NGF Nature Energy Månsson biogas plant in Brande, Jutland, which produces 6M m3 of biomethane per year. NGF Nature Energy at Månsson would be able to supply nutrients for a production of 2,160 tons of algae protein per year with a market value of approx. 11M DKK and more if the protein is organic. A production of this size will, however, require a cultivation area of about 145 hectares.”

ReMAPPs consortium includes representatives from both industry and research institutions, collaborating to bring the process all the way from cultivation and harvest to conserving, processing and food safety through to the finished product which can be sold to the agricultural sector as a climate-friendly Danish product of a similar quality to soya.

- The Global Population is expected to increase by more than 30 % over the next 30 years. This growth will result in an acute demand for food and feed and with it, protein for feed. Traditional feed production will be increasingly limited due to factors such as accessibility, soil fertility, short growth seasons and increased climate footprints. Here, a production of feed protein from microalgae will be an excellent supplement, says Jesper M. Aaslyng.