3D-print made ideas become reality
Kenneth Toft-Hansen used moulds created by computer-generated 3D printed models, printed with advanced 3D printers at Danish Technological Institute.
- I was tired of using the moulds that are already available as they are predesigned. I had some ideas about moulds that were not available on the market. The predesigned moulds limited my creativity. Then I discovered the 3D printing technology, says Kenneth Toft-Hansen.

Successful specialist challenge
When 3D printing, the product is built up of paper-thin layers from CAD models created on a computer. 3D printing makes it possible to make sophisticated shapes that cannot be produced in any other traditional way. Danish Technological Institute has worked with and developed 3D printing technology for more than 25 years, primarily developing 3D print for industrial use. And now also for award-winning chefs.

- It's quite different to work with natural organic shapes, as it makes heavy demands on the designers' modelling ability. Therefore, it has been an exciting opportunity to be allowed to work with a creative person like Kennet. We have really been professionally challenged to meet his visions, says Thor Bramsen, Senior Consultant at Danish Technological Institute.

In the video below, Kenneth talks about his collaboration with the Danish Technological Institute (video is in Danish)

The unique patterns did the job
At the Bocuse d’Or Europe competition, Kenneth Toft-Hansen presented two types of moulds, which were created from a 3D print model. First, an onion mould, which can be taken apart into three pieces, thus avoiding that the shape of the dish is ruined when unmoulding it. Second, a mould that can create an organic pattern, which the top chef used to create a unique expression of lattice-shaped meat. The mould is flexible and retains its shape.

- It was this mould that helped create the expression that formed the rest of the dish. And I am convinced that the competition judges noticed the unique patterns we have been able to create in this way. We brought something unique to the table, which I’m sure will be copied soon, says Kenneth Toft-Hansen. 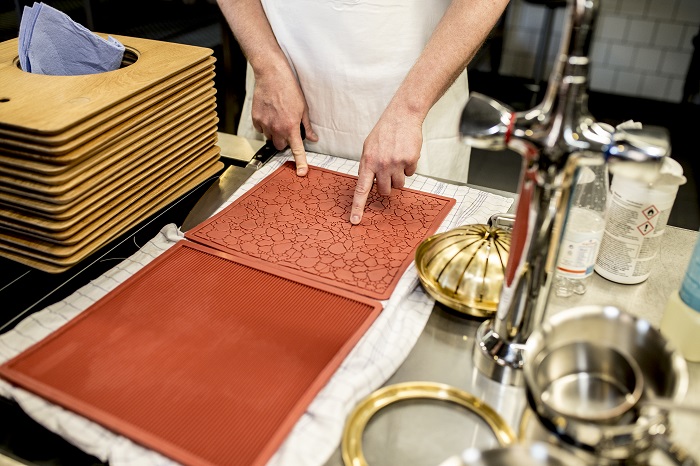 The silicone mould with the organic pattern is made in a 3D-printed mould and then hand-shaped. Photo: Kasper Hornbæk 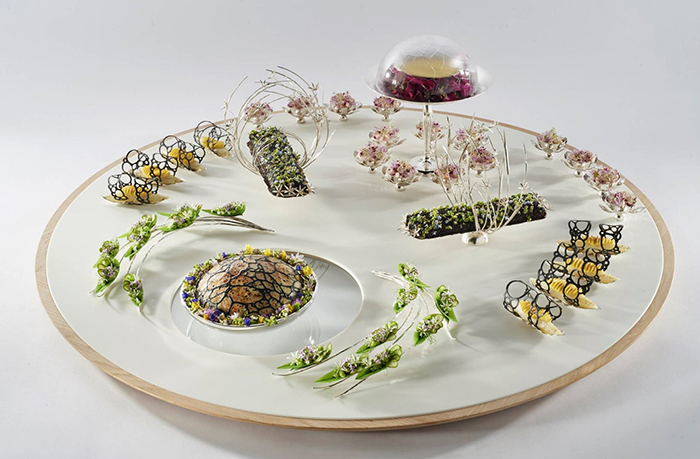 The mould allows Kenneth Toft-Hansen to make unique designs for the competition, the photo shows the final result where the pattern is a key part.