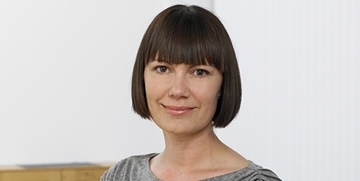 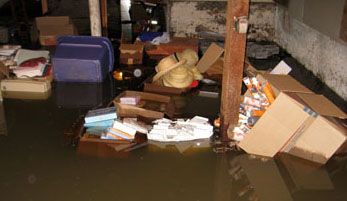 The heavy cloudburst in the Copenhagen area has resulted in massive moisture absorption in occupied as well as unoccupied basements.
Much of the damage has still not been determined, and the problems with mould growth have only just started.

The enormous amount of damage together with the fact that the cloudburst took place during the peak holiday season meant that many homeowners did not take the necessary measures to reduce the damage. This increases the risk of mould attack considerably.

Invisibility and ignorance
Kathrine Birkemark of the Danish Technological Institute works with mould fungus every day, and she knows all about the challenges posed by water damage in basements.

”It is a well-known fallacy – and also very natural – to believe that once the water has been removed, and the basement appears neat and without obnoxious smells, then everything is fine! However, this is not always the case”, Kathrine Birkemark explains and adds:

”The moisture has often penetrated behind covering plates, behind the wallpaper, between plasterboards or below the flooring, and here the effect of dehumidification and ventilation is very limited”.

The majority of and the most massive problems with mould growth after water damage occur 2-4 weeks after the moisture absorption, where the mould fungus has had optimal moisture conditions and thus optimal growth conditions in hiding.

Discover the hidden mould
A mould attack will often first be discovered when strong, heavy smells are noted in the basement – these smells are often referred to as “summer cottage smell” and “moisture smell”, but it can also be a sickening sweet smell.

Another and more serious indicator of hidden mould growth can be health discomfort. Such discomfort normally develops after some time of exposure, but there may also be some more acute discomfort. The discomfort typically consists of irritation of mucous membranes, breathing problems, headaches and concentration problems. According to Kathrine Birkemark, it is important to be aware of both the smell and the discomfort, and not only in the basement, but everywhere in the building.

Kathrine Birkemark states that “a strong mould attack in a basement may negatively affect the indoor climate on the ground floor above.  In older buildings with floorings in layers of wooden joists, up to 50% of the air on the ground floor may come from the basement”.

Repair and prevention
In case of water damage in a basement, the important thing is first of all to remove the furniture and equipment and lead the water out of the building. All organic materials affected by the moisture should then be disposed of, and the area should be dehumidified or, as a minimum, strongly ventilated.  In case of suspicion of moisture absorption caused by sewage water, further precautions should be taken during the remediation work. Gloves and boots should be used, and subsequent disinfection of the affected areas should be carried out.

To prevent hidden mould growth, all organic materials affected by the moisture should be disposed of as soon as possible after the water damage has been determined. All plasterboards affected by the moisture should be cut where the material has been in contact with water and an additional 0.2-0.3 m. Constructions containing insulating material should also be dismounted and disposed of, if the insulating material has been wet. Any tissue, felt, linoleum, parquet flooring and similar materials should also be removed.

Many people have been on holiday and have discovered the damage too late. The extreme weather has resulted in capacity shortages with workmen and in insurance and dehumidification companies, so that the remediation cases have dragged out. Such cases should be handed over to experts so that all infected materials are removed to the necessary and adequate extent, the spreading of spore materials is limited as much as possible, and all materials achieve acceptable moisture levels before reconstruction in order to eliminate the risk of future growth.

Water damage does not necessarily cause mould growth, but there is a great risk of hidden growth if the water damage is not dealt with quickly and correctly. Furthermore, mould growth after water damage can be prevented by using suitable materials and by taking precautions in connection with the use of the basement”.