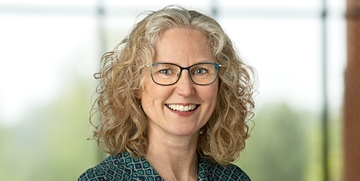 The Biological Institute at the University of Aarhus and the Danish Technological Institute have together developed a new DNA method which can determine within only a few hours which animal faecal pollution originates from.

Micro-organisms’ genetic fingerprints are being used to identify whether it is waste from humans, cattle, pigs or birds that is the cause of polluted drinking water. The method is based on modern molecular biological technology which is also used by the police to gather DNA evidence in court cases. Laboratory results from the analysis of the bacteria’s DNA make-up are available after only a few hours, compared to traditional methods of monitoring water quality which are based on slow cultures of the bacteria.

- With more than 25 cases a year in Denmark when local authorities have issued orders or recommendations for people to boil their water, there is a clear need for reliable tools to quickly trace the source of drinking water pollution, says Aaron Marc Saunders from the centre for Chemicals and Water Technology at the Danish Technological Institute.

The new method, which was used to support traditional methods in clearing up the recent case of water pollution in the town of Køge, was quickly able to show that the pollutant originated not from seepage from slurry, but from human waste.

- When we had to try and find out what had happened, the Danish Technological Institute’s new method of investigating the water in Lyngen waterworks’ pipe network proved an important supplement to the traditional analyses, says operations and plant manager Lars Mørk from Køge Municipality.

The experience gained from the Køge case has served to document the usefulness of the new method.