The five-year anniversary of the first robot and technology company receiving help in the StartUp Hub has given rise to an assessment of how start-up companies perform after their progress through the hub.

- Our new figures show unequivocally that the unique setup of Odense Robotics StartUp Hub works. Eight out of ten companies continue to develop their product or business when they leave the hub. It is a high success rate that we can be proud of, says Mikkel Christoffersen, CEO of Odense Robotics, in a press release. 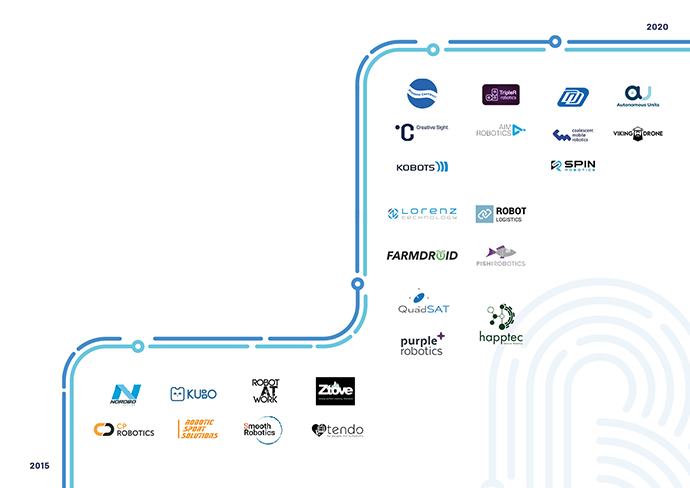 Director at DTI, Kurt Nielsen, is in no doubt about what the StartUp Hub means when it comes to putting robot technology and Odense on the world map.

- The StartUp Hub is a unique opportunity for the most innovative robot start-up companies both nationally and internationally. We help them take their best ideas through the challenging start-up phase so that they are ready for the global world market, where we still see a huge potential for Danish robot technology, he says.

Since 2016, the StartUp Hub has welcomed 25 companies to an accelerator course for start-up companies with special potential.

This great success has been noticed by the mayor of Odense.

- In just a few years, Odense has been recognized as one of the world's leading robot cities. Many successful robot and drone start-ups have been part of Odense Robotics' StartUp Hub, and the majority have been based in the Odense area. Here, they have developed their business further, creating growth companies and jobs for Odense, says the major of Odense, Peter Rahbæk Juel, to Odense Robotics.

Odense Robotics StartUp Hub is financed directly with a grant from the European Social Fund, administered by the Danish Board of Business Development, with a financial contribution from Odense.