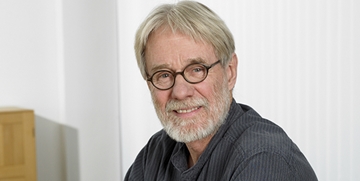 2nd July 2011, the skies above eastern Denmark opened up, unleashing a torrential downpour. As rain water seeped into buildings like the Citadel, the Danish Defence became one of many property owners sustaining damage running into millions of Danish kroner.

Defence Facility Management responded quickly to the water damage. DTI received a call for assistance as early as the following Monday.
- We immediately removed visible water by using pumps. It’s the water you cannot see, however, that can cause the greatest damage to a building, so we needed professional assistance to assess the extent of the damage. Because if the water that has forced its way under the floorboards isn’t removed, mould fungus will appear within just a week or two, explains Leslie Brandt Egaa Kristensen, Defence Facility Management Project Manager.

Equipped to resist new flooding
DTI helped Defence Facility Management establish whether using the buildings would now pose a health hazard and what to do to prevent mould fungus from developing.

- We intend to follow the very useful advice provided by DTI, as cleaning up after the damage is going to be a gigantic job. We need to improve the interior of the buildings and optimise their drains and drainage so we can re-occupy them, concludes Leslie Brandt Egaa Kristensen.

Facts
A comprehensive and independent mapping of the extent of a mould fungus attack in a building requires knowledge about both building technology and microbiology. We take the necessary samples and analyse them in our laboratory. This gives us
the independent and technically correct basis for assessing the extent and nature of the damage and making recommendations about how the property owner can best remedy the damage.

What kind of assistance does DTI offer?