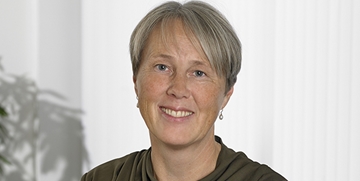 The mantra for DMRIPredict is, that all models must be of industrial relevance. We are proud that our predictive models currently are benefitting more than 1600 users from the industry, academia, and food authorities worldwide.

DMRIPredict features two groups of models; the shelf life models and the safety models. The work of developing these models has involved thousands of man hours, analyzing thousands of samples from tons of meat. The model development is based on a close collaboration with the Scandinavian meat industry and in a few cases also with the Australian meat producers.

The safety models are based on challenge tests conducted with real meat products. At the DMRI pilot plant, we have the facilities to perform these challenge test using pathogens and thereby generating solid and industry-based data for our model development.

The products for the growth studies are manufactured at the DMRI pilot plant. Based on the predetermined recipe and processing conditions, the different amounts and combinations of preservatives are added as well as the bacteria cocktail. Depending on the model, bacteria can be added to the raw materials or during the processing. Chemical analysis is used to verify the amounts of added preservatives and the pH in the products.

The inoculated products are packed and stored at relevant temperatures with frequent sampling throughout the test period (i.e., the shelf life of the product). Finally, all data from the chemical and microbial analyses is used for the model development. The first version of the model is validated before launch at DMRIPredict.

It is important that the shelf life models are generic and represent the variations seen in the fresh meat production. For this reason, we factored in as much of the naturally occurring variation as possible in the model development, including:

At the same time, it was accepted that a parameter as pH could not be included as a variable in the shelf-life models but only as a variation, simply as it is not possible to measure pH on each cut for the determination of shelf life. Thus, it was not the goal to explain all the occurring variation in the model, but rather to include the ‘inevitable’ variation (e.g, pH) in the model, as it is a factor in the everyday life of the producers.

The shelf life models for fresh meat are generated by following the same generic procedure; choosing the model parameters, collecting meat from different slaughterhouses followed by storage at different (fixed) temperatures until the meat is spoiled. During storage, samples are analysed frequently to determine the sensory characteristics and psychrotrophic viable counts.

To create a model for processed meat was a bigger challenge than the fresh meat models due to much higher product complexity. However, it proved possible to use somewhat the same mindset as for fresh meat.

Compared to the fresh meat models, it was quite challenging to create the shelf life model for processed meat, due to the increased complexity of the product matrix. However, by applying a more sophisticated data processing step, it was possible to generate the model using more or less the same generic procedure as used for generating the fresh meat models.

Similar to the fresh meat model, the processed meat shelf life model was generated based on sensory characteristics and psychrotrophic viable counts.

In total, 37 experiments with various types of processed meat collected from producers in 3 different countries were conducted. The meat packages were stored at selected temperatures ranging from 2°C to 8°C for up to 110 days and analyzed frequently throughout the storage period.

Due to the complexity of the data, the model was developed in collaboration with the Department of Applied Mathematics and Computer Science at the Technical University of Denmark (DTU Compute).

The development of the models are financed by the Danish Pig Levy Fund, HKScan, Meat & Livestock Australia (MLA) and Nortura.