Robot grippers must be as light and flexible as possible to achieve the best performance. The Danish Technological Institute has produced 3D-printed grippers in titanium for the company RoboTool that was supplying two new robot cells to Tulip Food Group.

Robots have gradually become an integral part of the production lines in many Danish companies. The increasing demand provides better opportunities for optimization of all components on an industrial robot. This was the case with RoboTool, who contacted the specialists at the Danish Technological Institute to produce a titanium gripper for the construction of a robot for Tulip Food Company.

The new 3D-printed gripper had to be used for handling soup bags at Mou, since that task proved more difficult than expected. Specifically, the robots had to place the soup bags over a metal element, which then gave the soup bags the visible groove on the back, which makes it easier for consumers to break the soup in half. The task must be performed very precisely for the groove to placed correctly. Here, RoboTool learned that the robot could easily position itself correctly, but that it was a bigger challenge to place the soup so that it did not move when the gripper released it.

The gripping function on the robots was especially challenged by the fact that the contents of the soup bags varied, and it mattered for instance whether the soups were thick or thin, as it affected how the bag moved during lifting and placement.

Therefore, RoboTool had to develop a new type of gripper that could handle the bags better than the original gripper, and here they chose to 3D-print the gripper in titanium

The new 3D-printed gripper could maintain extremely smooth packaging, and since titanium is at the same time a very light and strong material, it is obvious to use in the robot industry - because the lighter a robot gripper is, the faster it can move, and the more accurate it can grasp the product it is working on.
​​ Let us help you with 3D printing production

- We have previously had 3D-printed items in plastic, and therefore we thought that it might be possible to print the gripper in metal, says Ingolf Sveidahl, project manager at RoboTool. 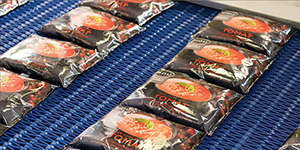 The trend within robot production is moving towards a more specialized production, where the series size is getting smaller and smaller, and therefore there is an increasing need for flexible production of sub-components.

- 3D printing is well suited for small series, where you only have to produce a few pieces of each individual item. If you then want to change the item, you can easily change your 3D drawing and put new items into production at no additional cost. Therefore, the technology is well-suited for robot companies, since a production line often uses few of the same type of robots, says Troels Bovbjerg, consultant at the Danish Technological Institute.

3D technology has many advantages

At RoboTool, they also see obvious possibilities for using 3D printing for the production of several types of grippers.

- We always produce customer-specific grippers and typically only in very few copies, as they must fit the individual robot. Therefore, it will be obvious for us to 3D-print several kinds of grippers, says Ingolf Sveidahl.

Due to the complex construction of the gripper, 3D printing is also a cost-effective production method. In 3D printing, the component is built up of metal powder, while in the traditional way it has to be milled out of a large piece of metal or welded together from smaller pieces. Furthermore, the method is faster than traditional production and at the same time allows for continuous optimization.

- After the production of the first grippers, we have continued to work on the development of the grippers together with RoboTool. The design has been further optimized by making the gripper hollow inside, which makes it even lighter, says Troels Bovbjerg.
​ Learn how we can help with 3D printing 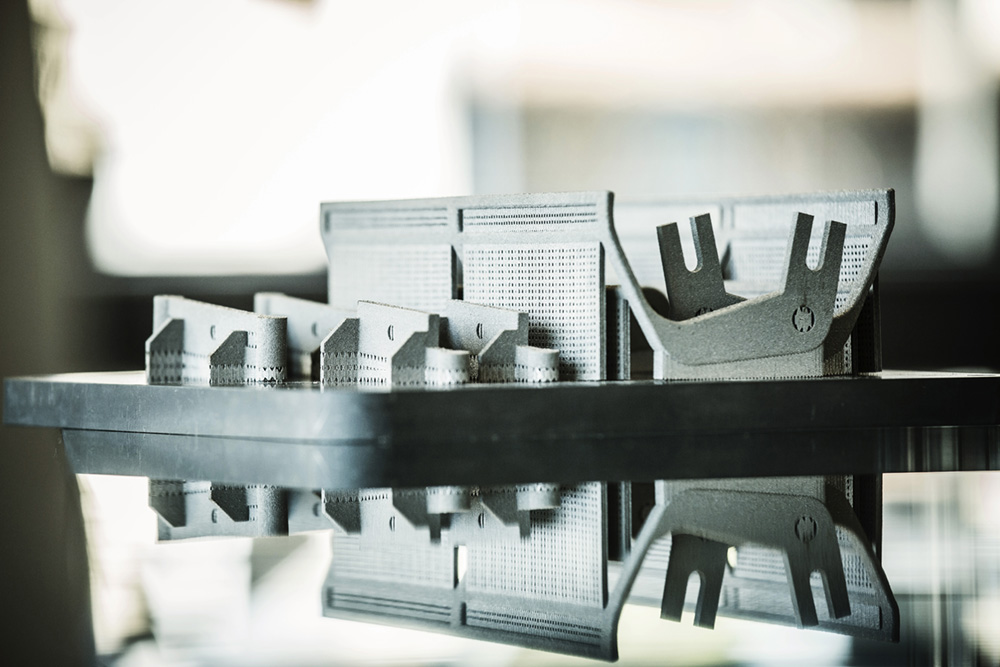