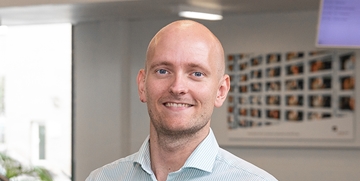 The company 4TECH has designed a tool changer that allows collaborative robots to switch between multiple tools. The Danish Technological Institute has helped optimize and print the tool changer, which is designed specifically for production with 3D printing.

Henning Forbech makes production equipment for small businesses through his company 4TECH - and he has a great interest in robotic grippers. In this connection, he noticed that smaller manufacturing companies using robots needed a more flexible production. The challenge for the companies is to optimize the performance of each robot - when the same robot can perform more than one task, it gives a faster payback for the company. 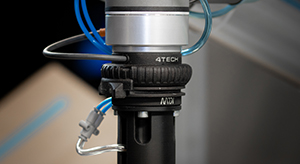 More hands - more tasks
For every task a robot needs to be able to perform, it needs a 'hand' – e.g. a gripper or a suction cup. In order to do different tasks, the robot must have different 'hands' or tools, but if you had to spend time changing the tool on the robot, you could just as well do the robot's work yourself. That's how Henning Forbech got the idea for a tool changer that could automate the process.

- I thought that if the same robot arm could switch between different tools, it would create more value for the businesses. That's why I developed the tool changer so that the robot itself could switch from one tool to another, says Henning Forbech, owner of 4TECH.

The tool changer consists of two parts, one of which sits on the robot and the other is mounted on the tool, which sits on the wall in a tool holder - some of the tools are even built to fit directly into the changer itself. The changer can transmit power, signals and compressed air from the robot, allowing the robot to control and use the hand.

Initially, 4TECH focused on Universal Robots, but as the prices of robots have dropped, the entire segment of robots is now in play, and the goal is to create a tool changer that can be used for all of them - with different configuration options.

Watch a video about the making of the tool changer (in Danish) - the case continues below the video.

The 3D printing technology provides great freedom of design, and Henning Forbech has taken advantage of this freedom to create a complex yet highly functional design that cannot be produced with traditional production technologies. Therefore, the tool changer is also a good example of what can be achieved with modern production technology. 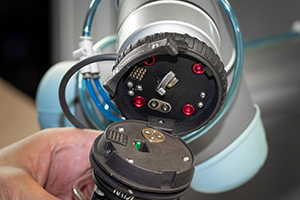 - The tool changer can only be made with 3D printing when it contains the features it has. We rarely see a design as elaborate as this that can be produced as a finished, 3D-printed product, says Thor Bramsen, senior consultant at the Danish Technological Institute.

The challenge with the tool changer has been to make a product that is small, light, strong and cheap. In relation to the weight, it is especially about meeting the limitations of the robot, as the small models can only lift a few kilos - therefore the tool changer should be as light as possible. For the same reason, 3D printing has been extremely suitable, as the technology enables a light and compact design.

Another part of the patent covers the rotational-to-translational movement which happens at locking itself. Here, 4TECH again uses one of the advantages of 3D printing, namely the possibility of building hollow structures into an item with round geometric shapes. The tool changer is thus very complex inside, and it will be virtually impossible to copy. 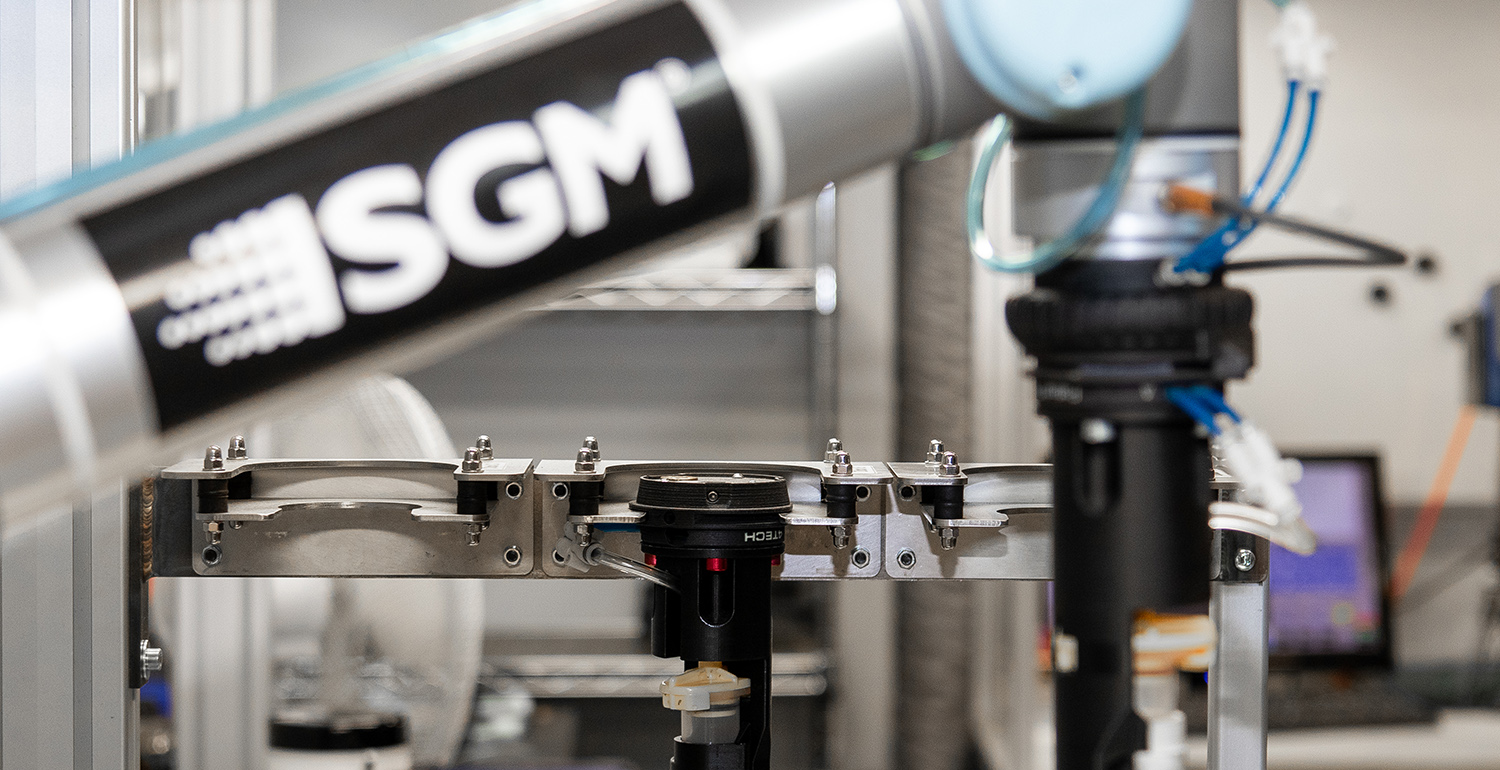 - 4TECH has been thinking about the design for 3D printing from the beginning, which is a huge advantage - so our task has been to ensure that the design can be realized and reproduced, says Thor Bramsen.

In a development phase such as the one the tool changer has been through, 3D printing is invaluable as it is possible to continually change geometries and optimize the product while not being tied to specific tools.

From a production point of view, it is also ideal for a company like 4TECH that they do not have to order large batches from the start to make ends meet, but that production can instead be scaled up as needed. Here, the Danish Technological Institute and 4TECH have also discussed an on-demand business model where the products are sold before they are produced. This will minimize ongoing production costs and at the same time allow for special customer requests. 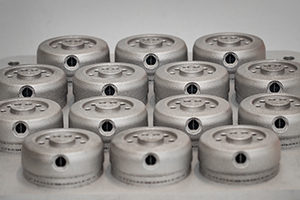 The next step is metal printing
4TECH's tool changer was initially optimized for 3D printing in nylon and produced on the Technological Institute's 3D printers in Aarhus, but the journey does not stop here. The development in 3D printing is making rapid progress, which means that the quality of the printed products is getting better and better. Combined with the fact that 3D printed products can be printed quickly and simply with the help of a 3D design, there is great potential for 4TECH to optimize or create new products.

- Today we can make the tool changer in great quality, and I predict that we can make it even better as the technology develops and keep it up to date, Henning Forbech says.

The next step is to expand with new 3D printed components in aluminium, which is a stronger material and which can be better implemented in the industry. After the first prototypes, the product has been designed and implemented in the Danish Technological Institute's metal 3D print production, so it can be printed again and again down to the smallest detail.