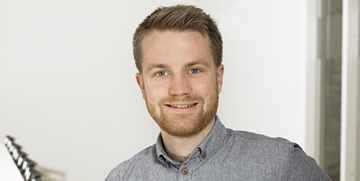 The Sorø Academy Foundation is in the process of renovating Sorø Abbey Church, and in 2019 the old lead roof of the church was to be replaced. The new lead sheets were custom made in Leicester (UK), but along the way there were variations in the quality. Therefore, the Danish Technological Institute was asked to analyse lead samples for insights into the chemical composition and thus ensure the quality. This subsequently led to several further analyses – e.g. of lead samples from Archbishop Absalon's tomb in the church.

The construction of Sorø Abbey church began in the mid-1100s. Behind the church and its convent stood the so-called Hvider, the family clan of powerful men, from whom Archbishop Absalon also descended  - Absalon died in 1201 and is buried in the church's choir behind the present altar.

In 2019, the Sorø Academy Foundation started renovating the church, and as part of this renovation, the old lead roof had to be replaced. Leading is a very old craft that few master today, though there are approx. 800 churches with lead roofs in Denmark. Therefore, they called on specialists from England, where the lead sheets were custom made in Leicester. After a while, however, fluctuations in quality occurred.

After a long period of time where we had a supply of lead sheets with a uniform surface and even quality, we suddenly got plates with a different appearance and greatly varying quality in terms of hardness and softness. This was true both from plate to plate, but especially within the same plate

I was assumed that the reason for the varying plate quality was variation in the chemical composition - for example small variations in the amount of tin and copper - as well as production conditions such as casting temperature and water addition, but to be safe, the Danish Technological Institute was asked to analyse some lead samples, so the quality of the plates could be assured. The quality was especially important because the previous roof lasted only 50 years, and therefore a technical analysis was required so that the new roof could be optimized as much as possible. Often, lead roofs have a lifetime of more than 100 years.

- Replacing the church roof is a considerable cost. In our serious efforts to lay out a new roof with a lifetime around 100 years instead of the 50 years just experienced, the collaboration with the Danish Technological Institute has been of great help, both in terms of both defining the historical aspects and ensuring correct and uniform delivery of an optimal lead alloy. We have been extremely pleased with the quality and service of the collaboration, which gave us the exact dimensions for the decision-making process, says Jørgen Bech Christiansen from Pyro Process Technology, who has been an advisor on the renovation project.
Do you lack knowledge of your metallic materials?

Detective work on old roof panels
Prior to investigations and quality checks of the newly manufactured lead sheets from Leicester, a detective work was carried out to find the cause of the old roof’s problems.

- On some of the old plates, we could see that the weather side was completely brown, while the other was nice and grey. We were therefore curious if an explanation could be found on the undesirable surface, so we could conclude whether there were elements that should be avoided in the future, says the Sorø Academy Foundation.

As mentioned, the life of the old roof had also been relatively short, and analyses from the Danish Technological Institute should help uncover possible explanations for this, so that repetitions could be avoided.

Standard methods provided the necessary insight
At the Danish Technological Institute, the chemical composition of the lead samples from the new roof panels was measured. The measurements were made using optical emission spectroscopy - or OES - which is one of the many analytical methods used by the Danish Technological Institute to generate important knowledge for companies on specific issues.

- The OES measurement method has a high accuracy and can measure even very small concentration differences. The measurement result is given in a table with distribution of the chemical composition of the material in percent, and in addition to lead testing, we can make accredited OES measurements of stainless steel, low alloy steel and copper alloys, says Søren Jepsen Mark, an expert in metallic materials and product manager at the Danish Technological Institute.

To investigate the colour differences on the old lead plates, the chemical composition of the surfaces was measured in a Scanning Electron Microscope (SEM) equipped with Energy Dispersive X-ray (EDX). With this technique, it is possible to measure the chemical composition locally on possible contamination and discoloration, and this is how the Sorø Academy Foundation sought answers to their various questions.

Examination of lead pieces from Archbishop Absalon's grave
In connection with the restoration work at Sorø Abbey church, the National Museum also had a desire to have some specimens examined, and here too the expertise of the Danish Technological Institute was used. Here it was specimens that probably originated from a lead casket in which Archbishop Absalon is still lying, which was picked up in 1953 along with some molten lead, which in 1247 dripped from the burning roof in Sorø and solidified on the upper side of the side ship vault - the latter lead cakes were found in the ceiling of the church during the ongoing renovation.

Archbishop Absalon was buried in 1201, and although we are yet to get to the bottom of the identification of the lead pieces, which unexpectedly appeared in a forgotten magazine, it was good to begin an examination of them

Among other things, the results of these analyses offered a historical knowledge of the lead alloy used for Absalon's coffin, which can be compared to lead from the solidified cakes on the vault. Particularly intriguing in this regard is that a French friend of Absalon, abbot Stefan, wrote to him asking for help (i.e. money) to buy lead for a church, which in 1188 was under renovation in Paris. Stefan indicates that Absalon was busy buying lead, and so his help could be an appropriate gesture considering that the Vikings burned down Paris back in the day.

Results helped ensure the quality of the new roof
With the analysis results from the Danish Technological Institute, the Sorø Academy Foundation was able to adjust the lead alloy to obtain the desired copper and tin content, thus ensuring the quality of the lead sheets for the new roof delivered from Leicester - and with the new alloy, the casting process worked just fine

At the same time, the analyses of the lead samples from Absalon's coffin and the vault provided a greater knowledge of the lead alloy - and thus of the building materials of the time.

The video below tells the story about the renovation process (in Danish).