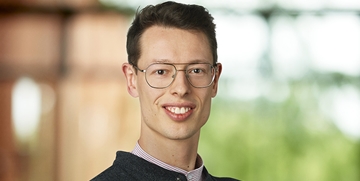 Manufacturing new products with old parts can be one of the keys to green conversion success in manufacturing companies. Here, the Danish Technological Institute provides an overview of the concept of remanufacturing.

The world has seriously begun to reconsider its approach to raw material consumption. The conclusion is clear: We must recycle more if the planet is to be pushed in a sustainable direction.

Therefore, the concept of remanufacturing is starting to show up on the agenda in the production world. Basically, it is about companies buying back old products, which the company then takes apart and uses to build the newest generation of the product.

However, to make it more efficient, scalable and economically viable, we need to automate as many of the remanufacturing processes as possible.

Mikkel Labori, who is a consultant at the Danish Technological Institute (DTI), believes so. In this article, he will shed light on the growing, green production trend - and point out which robotic technologies are decisive for its breakthrough.

Six (not so easy) steps

But before we zoom in on the technologies, it makes good sense to create a slightly more thorough overview of what remanufacturing more precisely is and entails.

- A remanufactured product must be thought of as a completely new product produced from recycled parts, Mikkel Labori points out .

The final product is of the same quality as a new product. Therefore, it should not be understood as a used, refurbished or repaired product.

Roughly speaking, remanufacturing can be divided into six processes:

Five (robot) technologies that can pave the way for efficient remanufacturing

But how can robotics play a role in making the above six processes more efficient, scalable and economically profitable?

Mikkel Labori from DTI points to five areas below.

When the old products that are to be used to make new products have been obtained, they are most often unstructured in boxes. Robots are traditionally not so good at handling that, but there has been made great headway in this area in recent years.

See, for example, how 3D bin picking has made it possbile to automate an almost impossible process at the friction factory SBS Friction.

Some of the operations that DTI are actively working on making easier to automate are adaptive repair and disassembly.

It is something that some of the big companies are also experimenting with these years. See Nike's prototype below.

And here is Apple's prototype, which shows that even a really difficult disassembly process with glued products, batteries and small screws can be effectively automated.

Several of the processes in remanufacturing can be made easier to automate if you think of them as a collaborative workstation, where a human can solve some of the more advanced tasks and a cobot can solve the more repetitive ones.

Although the so-called cobots are becoming more and more user-friendly, this is easier said than done.

There are still a number of factors to be aware of before investing in a cobot. We give you a quick overview of this in the video below. (Once you hit play, you can click the button next to the cogwheel to turn on English subtitles.)

By using techniques from artificial intelligence to analyse, for example, the forces in an assembly process, robots can learn to make the process more efficient - or to see if an error has occurred.

It is currently used in assembly processes, but the same technology could also be used in separation processes.

Artificial intelligence (AI), in conjunction with camera technology, can also make robots better and better at recognising products and materials. See below, for example, how deep learning is put into play to detect metal cans among plastic bottles at Dansk Retursystem.

To ensure that the remanufactured product is of the same quality as a regular product, it must be quality checked. Parts of that check can be automated, which will also simply lead to increased uniformity.

Below, you can see a video about the company MEC, which with automatic quality control is on its way to fewer errors, less waste and better productivity.

Only 1.9 percent of the total value of production in the EU in 2015 came from remanufacturing, a European market study shows.

The estimated market for remanufacturing is 90 billion euros in 2030, the same study shows.

The EU Commission refers to a concrete case which shows that remanufacturing car components provides around 88 percent material savings compared to using a new product with an associated 53 percent reduction in the emission of CO2 equivalents and 56 percent lower energy requirements.

Exactly how much of one's energy consumption, raw material consumption and CO2-equivalent emissions can be saved through remanufacturing depends on the product and the product chain. To learn more, you can perform a life cycle analysis.

Curious about more knowledge about robots for remanufacturing? Then contact Mikkel Labori from the Danish Technological Institute on +45 72 20 15 41 or miol@dti.dk