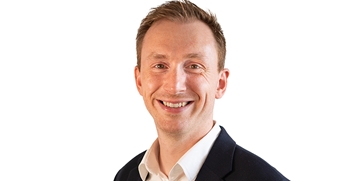 Using neutron radiation, it is possible to measure deformations in crystal grids, which can be converted into residual stresses in materials. However, the method is not yet fully applicable.

- We probably tend to oversize when we make large components such as rotor hubs, says Asger Sturlason, Functional Lead for Nacelle Materials at Vestas.

The reason is that it is very difficult to estimate the residual stress that occurs in casting components. So, it is better to be on the cautious side, even if it costs material and thus money.

There are several simulation tools on the market that can calculate the residual stresses, but there are no good tools to prove that the simulations are correct.

It is possible to investigate residual stresses by drilling or milling in pilot versions, but it would also be nice to be able to do a non-destructive test.

In collaboration with the Danish Technological Institute, Vestas has tried neutron radiation from the British research facility Isi, which is named after the Egyptian goddess Isis and is also located close to the Thames, which the locals in this area call

Similar to hard X-rays, neutrons can penetrate metals, and they can thus be used to determine deformations in crystal grids, which can be converted into residual stresses.

Read the full article at Ing.dk here (in Danish)