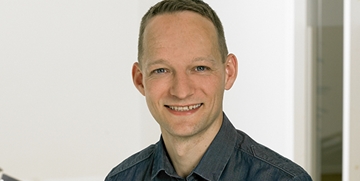 When the Polish company POLFA-Lublin encountered problems with parts of their conical cores, they contacted the Tribology Center at the Danish Technological Institute. This ended up in a collaboration where a new coating gave several positive results for POLFA-Lublin's production line.

For more than 70 years, POLFA-Lublin has produced disposable medical equipment such as syringes, components for blood transfusions, infusion devices and a wide range of packaging and plastic parts for the pharmaceutical industry. However, when POLFA-Lublin faced a major problem with getting some of their conical cores to release, which meant frequent machine stops and manual demoulding of the moulded units, they contacted the Tribology Center at the Danish Technological Institute. 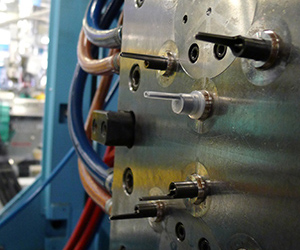 The right coating solved the problem

CrN-SD is a chromium nitride PVD coating that has a denser crystal structure than a traditional CrN coating, providing improved grinding properties for a wide range of plastic materials. In addition, the CrN-SD coating allows demoulding in a wider temperature range, which was a positive factor for POLFA-Lublin, because it provided a more robust casting process.

The collaboration between POLFA-Lublin and the Danish Technological Institute not only solved the problem of the frequent downtime. It also meant an added bonus on the production time of POLFA-Lublin.

- We expected that the problem of demoulding would be solved and thus also our downtime. But a reduction in cycle time of around 26% came as a very positive surprise, says Paweł Lizinkiewicz, Technology and Development Manager at POLFA-Lublin.

Part of the production line

The positive test results have also meant that POLFA-Lublin has upgraded their production line, which has had several benefits.

- After successful technology experiments, we have now installed the coated cores in the production line, and at present we achieve a cycle time reduction of 40%, i.e. more than satisfactory, says Przemysław Zgierski, Plastic Specialist at POLFA-Lublin and elaborates on the positive results of the collaboration with the Danish Technological Institute:

The result has increased our daily production capacity with more than 60%. In addition, we have observed a lower tendency for dirt to deposit on the cores, which means that the cores do not need to be cleaned as often, and that we estimate a reduction in material waste of 5%. Using the CrN-SD coating from the Danish Technological Institute, we have obtained a highly satisfactory return on investment

If you ask Pawel Lizinkiewicz, there is absolutely no doubt that the collaboration with the Tribology Center at the Danish Technological Institute has been a positive experience for POLFA-Lublin.

- The results we have achieved have convinced us of the advantage of collaborating with the Tribology Center due to their high reliability and fast delivery times, Paweł Lizinkiewicz concludes.