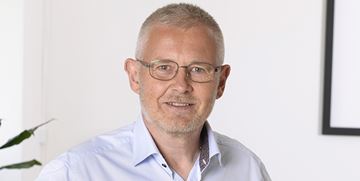 After four years the EU's flagship electromobility project Green eMotion has come to a successful end in February 2015. The project has defined and demonstrated a European framework that connects all electromobility stakeholders for a seamless, cost-efficient, and interoperable electromobility ecosystem. Danish Technological Institute was responsible for EV climate testing, EV battery testing and the educational website. 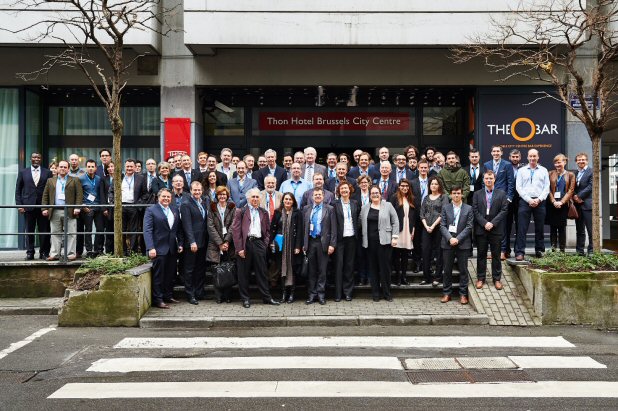 The purpose of work package 6 was to validate the performance of EVs under different climatic conditions and use patterns. The validation was done over time so that degradation mechanisms on the vehicles could be discussed. It must be pointed out that the goal was not the comparison of different brands of EVs, but the evaluation of EV technology viability in general. Therefore vehicles of different size and brand are included in the work to assess the impact of several parameters, such as weight in combination with driving style, climatic impact onto different battery types and others.

In order to achieve results that are comparable with real driving experience, the team designed a new procedure named SORDS (Standardised On-Road Driving Schedule) inspired by the UITP-SORT test for city buses. The SORDS represents a fairly dynamic drive pattern, which results in an accelerated depletion of the traction battery. The SORDS cycle is explained in detail in chapter 4 of the performance validation report. To validate the on-road measurements and provide a link to official tests, electric vehicles were also tested on dynamometers. Some of these measurements were performed in a climate chamber at different temperatures to assess the climatic impact. Due to the controlled environment in the laboratory, the dynamometer tests could be used as baseline for comparison with on-road tests. 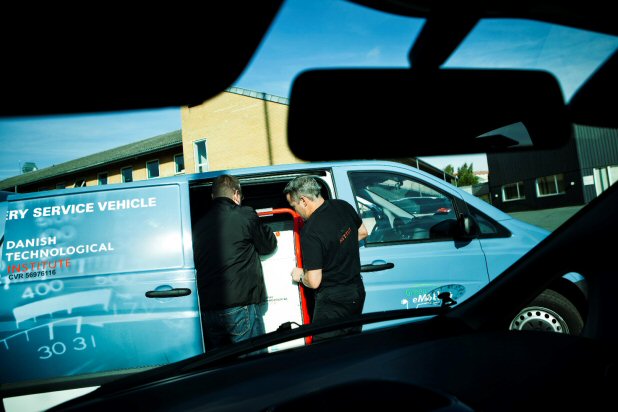 DTI investigated the performance of electric vehicle batteries and how that performance degrades over time. Battery degradation is a cause for great concern because batteries are the single most expensive part of the electric vehicle. The potential cost of replacing batteries therefore has a dramatic impact on the business case, both for the consumer and for the operators of charging infrastructure.
Monitoring the performance of EV batteries requires a technical platform that allows electrical tests to be performed on the vehicles. It also requires knowledge about the impacts of temperature etc. on the batteries, which may reduce capacity but are not the result of wear. Last but not least it requires a set of well-defined performance metrics.

In that context, the main outcomes of the analysis were

D 9.8 Mobile battery test platform and results of the measurements_submitted 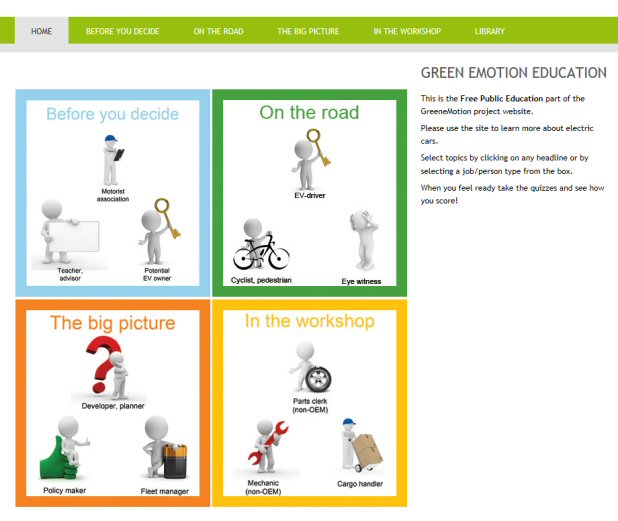 Another DTI deliverables in Green eMotion was the public education website accompanied by a printed guideline handbook available in different languages:

The handbook and website was targeted at users and stakeholders who were not directly involved in the electric car industry. This included such groups as potential EV-owners, fleet operators, motorists, cyclists, teachers, planners and policy makers. The web site is open to everyone and can be automatically translated into 81 languages. The web site contains a number of animated and live action videos (http://education.greenemotion-project.eu/library.aspx) as well as pictures and electronic quizzes to make the user experience both pleasant and educational.

The key findings of the deliverable are