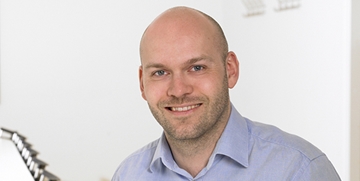 During the past years, the Danish Technological Institute and Mærsk Olie and Gas A/S have been working to develop new DNA-based methods for measuring harmful bacteria speedily, accurately and easily in offshore oil production, mainly in the Danish part of the North Sea. 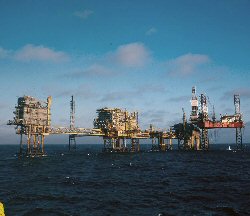 In modern oil production, large amounts of sea water are pumped into the underground to extract the oil from the reservoir. This use of sea water means that bacteria convert sulphate from the sea water into sulphide, which deteriorates the quality of the crude oil. Sulphide also shortens the life of pipelines and storage tanks.

In addition, sulphide is a poisonous gas which may be dangerous to crew on offshore drilling rigs in case of large emissions.

Traditionally, the oil industry has used cultivation-based analysis methods for monitoring the occurrence and activity of the harmful, sulphide-creating bacteria. The methods have proven slow, inaccurate and work-intensive for offshore workers. Consequently, during the past years, the Danish Technological Institute has joined forces with Mærsk Olie and Gas A/S to develop accurate biotechnological analysis principles for measuring the number and activity of bacteria in oil samples.

One of the developed methods is based on specific colouration of active bacteria cells and is called ‘Fluorescence In Situ Hybridization’ or just FISH. This method was originally developed to diagnose chromosome errors in humans but is now widely used in many other branches of biology and environmental research.

In addition to being used as a monitoring tool in the Danish part of the North Sea, the method has also proven successful in the Norwegian and British sectors.

The Danish Technological Institute started a large-scale project with a number of international oil companies in 2009.

The project deals with standardising and implementing modern DNA methods to monitor the occurrence of bacteria in various oil systems.