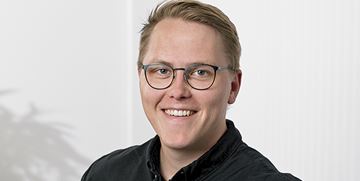 Condensation occurs when:
Unsaturated, saturated or supersaturated air interacts with a cold surface. The surface temperature determines the amount of condensation. In slaughterhouses, this can occur during cleaning or during the initial chilling process of hot carcasses. The air is usually supersaturated and warmer than the room's boundary surfaces, hence it will be depositing a large amount of condensation on the cold surfaces. 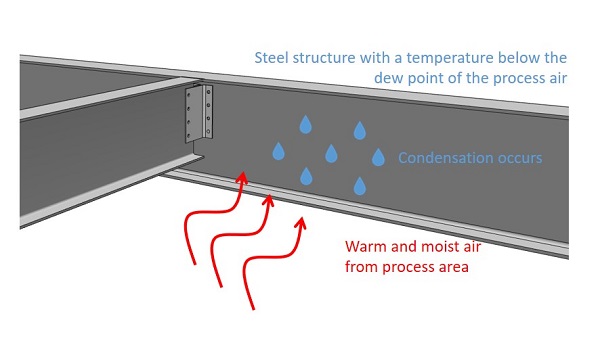 The visible condensation quantity, which is seen as droplets, is determined by the surface temperatures, material porosity and volume of the room, as well as emerging from any splashes.

Textile air sock system with benefits
In cases with only minor condensation problems, these may be solved by simply placing or replacing air sock systems with a type of incorporating nozzles in strategic places to allow the problem area to be swept with a steady air flow.

In one recent project in a North American plant, DMRI designed an assisting sock chilling system aiding the existing air handling units in the batch chillers for pig carcasses. This system ensures that the dew point temperature of the moist air will be slightly lower than the temperature of the surrounding surfaces. Thus, the moisture in the air will then mainly be deposited in the air handling unit.

Uniquely designed solutions
From an economic point of view DMRI will design your air handling system to avoid critical condensation issues, by combining the possible and relevant drying techniques . The design is usually unique from one slaughterhouse to another and includes analyses of the moisture load, procedures, schedules, the configuration of the current air system and possible options for the use of heated ambient air and forced ventilation.